Do you have a Toyota Prius? Did its battery die overnight? If you said “yes” to both of these questions, you might be wondering whether or not you can jump-start the Prius since it’s a hybrid. Yes, you can. Here is how to do it.

Once you have the jump cables or jump starter in place, here are the necessary steps:

According to Arts Automotive, the 2004-09 Toyota Prius “will get a little confused after a loss of voltage. The gas gauge will blink on empty for a while. This is normal.” Additionally, the Prius may alert you to “park the car on level ground and apply the parking brake.”

This message is due to the Prius’ electronic parking pawl, which uses an electronic motor in the transmission to put the car in the “park” position. The system could need a reset after a jump start, so it’s best to use the following procedure to help the system “relearn” the mechanism. 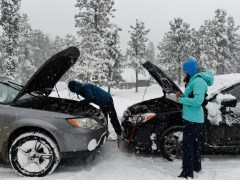 The Best Portable Jump Starters for Your Car, Truck, or SUV in 2022 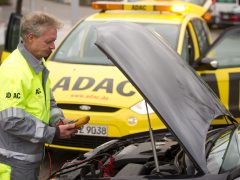 Is It Bad to Jump Start a Car Battery Multiple Times a Week?

Important note: Remember to make sure the battery terminals are correctly connected. Crossing the cable (positive to negative) could result in electronic failures and possible injury.

Also, if the car starts, but the battery dies frequently, it could be time for a new battery. Otherwise, these jump-start procedures should work for your Toyota Prius.