Put on your detective hat, we have a case about the Jeep Cherokee to investigate. It seems like this Jeep SUV is facing numbered days, again. While the Jeep Cherokee wears an iconic nameplate, interest has been slowly declining.

Is the Jeep Cherokee being discontinued?

No, the Jeep Cherokee isn’t being discontinued yet. However, it could be going dormant or taking an extended vacation as production comes to an end. More models and options are being cut, limiting options for buyers.

MotorTrend shared that this could be the final year for the current generation of the Cherokee after a moderate 10-year run. Production of the 2023 Cherokee may end in February, so expect inventory to be limited.

Cherokee production began at the Illinois Belvedere plant back in 2017. In February, the plane will go idle, but it won’t close. Also, there have been significant layoffs at the plant due to lowered production.

You may recall when the Jeep Cherokee was discontinued in 2001 and replaced by the Jeep Liberty. Then it returned in 2013. Now, the Cherokee could be replaced by something new again!

What 2023 Cherokee trims are available?

There are only two 2023 Jeep Cherokee models available. You can opt for the Cherokee Altitude Lux 4×4 or the Trailhawk 4×4. Each of the front-wheel models have been dropped, including the Cherokee X and Cherokee Limited.

Will Stellantis make a new Cherokee? 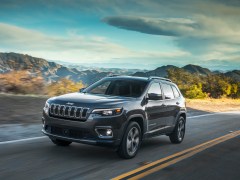 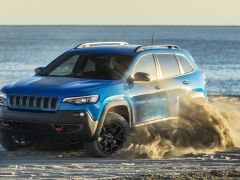 Do You Need the 2023 Jeep Cherokee or Jeep Compass?

It’s possible that the 2023 Jeep Cherokee could be the last. However, some rumors suggest that the Cherokee name is still clinging to life. Internal documents suggest that the next-generation Cherokee or its replacement could be manufactured at the factory in Toluca, Mexico.

Jim Morrison, Head of Jeep Brand North America, shared that the next-generation Cherokee will be bigger and better than ever. That provides a glimmer of hope. Also, the new Cherokee could be electric.

It may borrow from the new Jeep Avenger EV, which isn’t offered in America. Say tuned for the latest updates as the Cherokee’s future hangs in the balance. We could receive more updates once the plant idles in February.