The 2023 Chrysler 300 will be the last conventional 300 sedan that the marque produces. However, the modern 300 has been around for roughly 18 years over two generations, providing many preowned opportunities. Still, is a used Chrysler 300 reliable, or should you avoid it in favor of a Dodge Charger or Toyota Avalon?

Is a Chrysler 300 expensive to maintain?

While the Chrysler 300 might have the occasional issue, it’s not prohibitively expensive to maintain. RepairPal says the Chrysler model has a reliability rating of 3.5 out of 5.0. That puts the 300 in the number seven spot out of 12. Moreover, the 300’s annual cost of repairs of around $631 on average means the sedan has average ownership costs among competitors.

Furthermore, consumers reported bringing their used 300 sedans to service centers for unscheduled repairs 0.3 times per year, which is the industry standard for full-size cars. Thankfully, the standard 3.6L Pentastar V6 isn’t uniquely complicated, and many Stellantis vehicles use the powerplant as standard equipment. Also, the optional 5.7L Hemi V8 is a naturally aspirated option without the high-heat addition of a supercharger.

What is the best Chrysler 300 Year?

Worryingly, consumers’ biggest complaints are from the 2006 model year. Further, the most significant issues are engine-related, citing loud noises and even engine failures around the 85,000-mile mark. However, the later model used 300s show much more owner satisfaction.

How many miles will a Chrysler 300 last?

A Chrysler 300 sedan will last a long time with proper care and maintenance. For instance, Vehicle History says that a used 300 sedan could last well over 100,000 miles. In some cases, a contemporary 300 model could last past 200,000 miles.

However, the 300 didn’t make it onto iSeeCars’ lifespan study of cars, trucks, and SUVs with the highest potential to last many miles. Instead, the Chevrolet Impala is the only American car in the top 10 longest-lasting sedans segment. Of course, the shared drivetrains with the Dodge Charger suggest that the 300 is similarly long-lasting to the Mopar sedan. 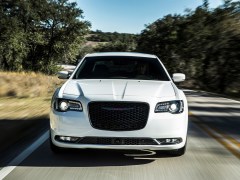 What Killed the Chrysler 300S? 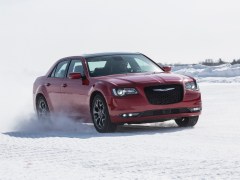 Despite some issues that owners indicate with earlier models like the LX-generation 2006 sedan, a used Chrysler 300 is a good car. The Mopar sedan has average reliability scores and many distinctive trims to consider. For instance, the now-discontinued Chrysler 300 SRT8 packs Scat Pack-esque V8 power into the subtle sedan. Moreover, fans in challenging climates can check out the Chrysler 300 with AWD and a 3.6L V6 to tackle winter commutes.
Of course, competitors like the Toyota Avalon have higher consumer satisfaction figures and even hybrid technology. Still, you won’t get a V8 or classic styling with an Avalon.