A little extra passing power, and a little extra juice to get out of the way, sometimes makes a difference.  Mazda has made that extra juice available on its smallest crossover, the CX-30, with the addition of a turbocharger. It boosts the power of the five-seater from 191 horsepower to an incredibly fun 250 horsepower. However, is the CX30 turbo worth the price of admission?

How much more is the turbo in the CX-30?

The base version of the Mazda CX-30 2.5S comes well equipped with all-wheel drive standard, Apple CarPlay and Android Auto, and several of the creature comforts we all expect in a $25,000 SUV. There are five trim levels for the 2.5S SUVs, and the Premium comes with leather, adaptive lighting, and a power liftgate for $31,500.

But for those of us that want the extra power, there’s the 2.5T Turbo version. However, it starts at $33,800, and you can buy a lot of SUV for that kind of money. The difference, though, is that the turbo engine allows you to exploit the fun handling of the CX-30. The 2.5S will sprint from 0 to 60 miles per hour in about 8.0 seconds, while the turbo is in sportscar territory with a time in the high five-second range. That’s a big difference. Visually, it’s hard to tell the difference between the two.

How much more is the turbo in the CX-30?

Whether you pick a turbo or non-turbo CX-30, every CX-30 comes with a lot of basics. For example, each SUV comes standard with all-wheel drive, a standard 8.8-inch screen and the Mazda Connected Services app that allows you to lock, unlock, or remote start the car from anywhere. All CX-30s also come with Mazda’s suite of driver-assistance features like adaptive cruise control and emergency braking.

The CX-30 is closely related to the Mazda 3, which has gained a reputation as a fun-to-drive hatch. In other words, every CX-30 handles like a 3 with a backpack, which is high praise. The turbo version, though, does get worse gas mileage. It gets 22 mpg in the city and 30 on the highway, while the non-turbo sips to the tune of just 26 mpg in the city and 33 mpg on the highway. At J.D. Power, owners report average reliability, but there is no subcategory for a turbo or non-turbo CX-30. 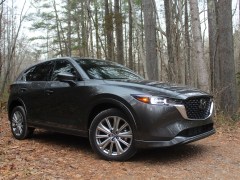 Is It Worth It to Buy the Turbocharged Version of the 2023 Mazda CX-5? 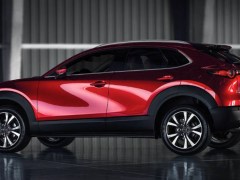 Why Is the Mazda CX-30 Suddenly Selling Like Taylor Swift Tickets?

We love the value of the CX-30, and the oomph of the turbo, but for $33,800, or $36,700 for the Premium Plus SUV, you can buy a lot more SUV with some serious oomph. At $36,000, you’re deep into Lexus UX and Audi Q3 territory, and both have similar acceleration times to the Turbo. And, for $36,000, you’re also in Subaru’s turbocharged XT territory, and that crossover has a lot more space but similar oomph. Those two may not match the Premium Mazda’s interior or spunky handling, but it makes one wonder if a $25,000 SUV with $11,000 in upgrades is worth it.