The Hybrid Corvette E-RAY is about to become a reality, and while some details came a bit earlier than Chevy might have liked, the first company-endorsed teaser appeared on Chevy socials today. In it, we see the hybrid Corvette in stealth mode, giving us a first look at how this all-wheel drive American supercar will use its electric power.

Breaking down the Hybrid Corvette Teaser 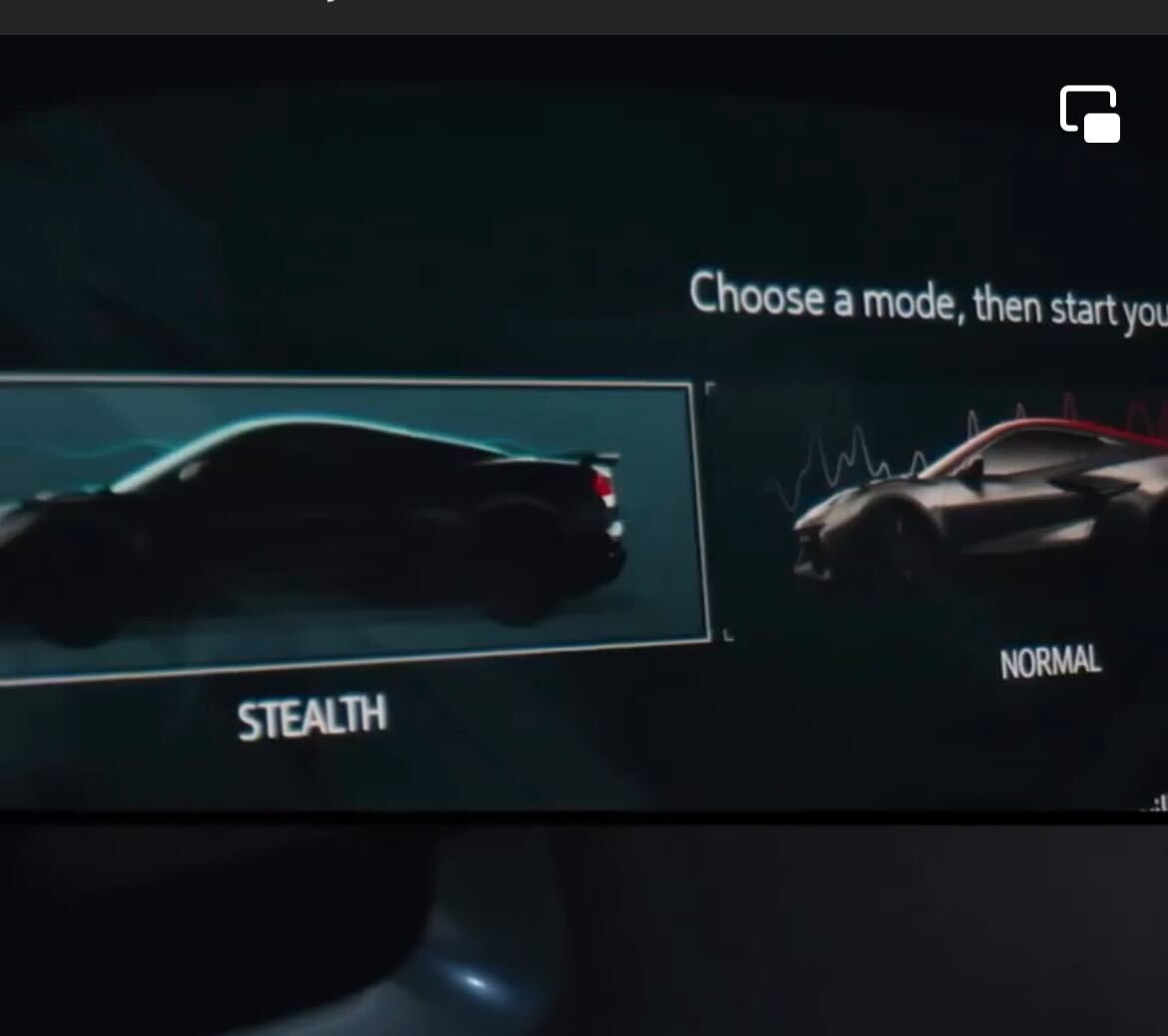 In the video, the C8 Corvette displays all its V8 glory. Gearheads appreciate a good cold start sound, and this hybrid Corvette teaser shows off just that. It continues its enticing soundtrack, showing a pre-production Corvette E-Ray thundering through a winter landscape, presumably in all-wheel drive, bellowing its sonorous song. Then, suddenly the driver selects a Stealth icon on the infotainment display and everything goes quiet. The new hybrid Corvette E-Ray is suddenly slipping through the wind, making nary a sound on city streets. The clip itself is short, but it tells us a lot about what to expect from the Corvette E-Ray when the full reveal goes live next week.

How fast can the Hybrid Corvette E-Ray drive on electric power? 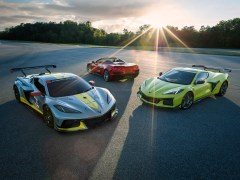 The Upcoming Hybrid Corvette Is the First AWD Corvette

While the video isn’t a definitive answer, we do see the Corvette E-Ray cruising along at up to 40 mph on solely electric power. That alone indicates that city driving and slow cruising can be both efficient and quiet in the hybrid Corvette. Something your neighbors will surely appreciate when you roll out of your driveway to hit that early morning cars and coffee.

Is the Corvette E-Ray a Plug-in Hybrid?

To this point, there are no indications that the all-wheel drive Corvette E-Ray will use plug-in hybrid technology. In that sense, we don’t expect Stealth mode to be good for a long ride around town or fuel-free highway driving. Instead, this feature will likely be used to meet noise ordinances or just keep the peace with those living near you rather than thundering through your neighborhood before the sun burns the dew away.

Let’s be honest here. You’re not buying a Corvette because it’s the understated choice. The fender flares, center exit exhaust, and V8 powerplant don’t exactly scream “conservative.” But the Stealth Mode shown in the hybrid Corvette teaser shows the potential for versatility when you need it. We all know that short trips are bad for your engine, but with Stealth Mode you can move your Corvette out of the garage or make a quick run to the corner store without kicking on the V8. You can also use the electric power to extend range when your drive becomes a fuel mileage gamble.

Follow along on January 17th, when we’ll be breaking down the Corvette E-Ray reveal and letting you know more about the hybrid Corvette. We already know it’s got all-wheel drive and an electric-only mode, so we’re excited to see what other tricks Chevrolet has in store for the most advanced Corvette ever produced.