Things aren’t looking too good for the Ford Ranger in America, at least. In other countries, the new model is selling in the blink of an eye. However, in the United States, we get the 2023 Ford Ranger this year, and it’s barely hanging on.

You can buy a 2023 Ford Ranger model now, but you better hurry. Time is running out, and the order books are closing this week. The order banks opened for the 2023 Ranger in the summer, and we aren’t sure how many sales it’s racked up so far.

According to Ford Authority, you can still order a Ranger through dealer stock as long as the production dates properly align with the schedule.

Production of the current Ranger is coming to an end to prepare for the new model. The 2024 Ford Ranger might enter production in May 2023.

Also, you might not get your Ranger this year due to ongoing supply chain issues. If Ford can’t get to your 2023 model, then you will not receive any incentives to upgrade to a 2024 Ranger.

What are the potential 2023 Ranger problems?

The 2023 Ford Ranger is falling behind the competition and is often outranked by other options such as the Toyota Tacoma, Chevy Colorado, and Nissan Frontier. It either comes in last place or toward the bottom of the list on various rankings.

One 2023 Ranger issue might be related to comfort. Edmunds points out that the Ranger’s ride quality could be a deal breaker.

The Ranger has a springy and bouncy ride quality. The suspension is soft without enough dampening power to prevent you from feeling large impacts in the cabin. A few members of their team actually got car sick.

It doesn’t have the best driving performance, either. The 10-speed automatic transmission is laggy and slow to downshift. Plus, the steering is light and numb, while the sensitive brakes often cause hard stops that result in a nose dive.

Also, the 2023 Ranger has irritating tech. The infotainment system could use more physical controls, and the climate controls have a small font that’s hard to read. The system isn’t exactly intuitive, either.

Is the 2023 Ford Ranger redesigned? 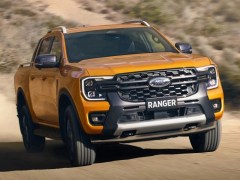 The 2024 Ford Ranger Could Already Struggle With Demand 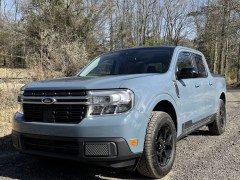 The 2022 Ford Ranger Got Outpaced by the Ford Maverick

The new Ranger in the United States could feature a slightly different look, different engine options, and independent tech features with distinct trim levels. However, for 2023, the Ranger did get a few new color options.

The Ranger isn’t selling very well in America but needs to hold on for a few more months. Ford could face difficulties with moving current Ranger models as interest fades. Stay tuned for the latest updates.