Elon Musk — to put it mildly, is a controversial person. Lately, he has garnered a great deal of negative attention with his takeover of Twitter and the rise of hate speech and racism on the social media site. Also, seemingly every week, Musk gets into an online fight with someone. Given these recent negative events, it can be easy to forget how he rose to fame and earned most of his massive wealth: the founding of Tesla Motors, his electric car company. So, how did Elon Musk get the name Tesla for the EV automaker? It’s a weird story.

Some people might think that Elon Musk came up with the name Tesla Motors for his electric car company, which was founded in 2003. The name is strongly associated not just with Musk — but also with the EV industry. While most other automakers offer electric vehicles, Tesla still dominates the market.

However, the mercurial multi-billionaire didn’t come up with the Tesla name himself. Also, Musk and Tesla originally didn’t own the rights to the name. They had to go to unusual lengths to get it from someone that already owned the rights.

While Musk earned most of his wealth from Tesla, in the early days of the EV automaker, he was already very wealthy from co-founding financial services company PayPal and later selling his stake. With this in mind, paying $75,000 should not have been an impediment to buying the rights to the name Tesla.

However, doing so proved to be quite a challenge, for the Sacramento man was initially hesitant to sell the rights. “He really didn’t want to sell us the name,” said Musk.

However, Musk utilized a unique charm offensive to convince the Sacramento man to change his mind: “I said to the nicest guy at the company to just sit on his doorstep and not leave until he agreed to sell it to us.” He continued, “The nicest, impossible to anger, nicest person.”

The unusual strategy was successful: “So the guy said, ‘Fine, I’ll sell you the name.’” Musk and Tesla bought the rights to the name, and Tesla would help transform the automotive industry and kick off the EV era.

The name Tesla is a tribute to Nikola Tesla, the Serbian-American inventor and electrical engineer 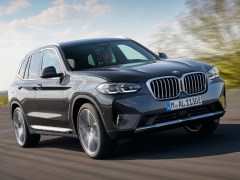 Why Do Luxury Cars Have Boring Names With Numbers and Letters? 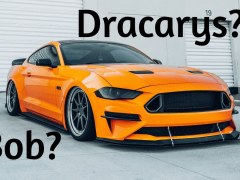 Thinking of a Nickname for Your Car? — Try These Tips

A common question regarding Elon Musk and Nikola Tesla is, “Are they related?” However, no, they are not related. Tesla is not Musk’s great-great-grandfather. Musk just admired his work — and rightfully so. Tesla made a big impact on the world of electricity, despite sadly dying in poverty in 1943. However, now, Nikola Tesla’s name lives on, as Tesla Motors continues to lead the way for the electric car industry.