The Honda Del Sol was a summertime roadster that’s time was as fleeting as any summertime romance. Its name, Del Sol, literally translates to “of the Sun,” in reference to its convertible targa top that lets you enjoy the sunshine when open or close it up to crank the air conditioning when the summertime rays get too hot. While Honda built the Del Sol on the Civic platform, it has design roots reaching back to the Honda CR-X. So, how does the Del Sol differ from the Civic?

The Honda Civic Del Sol, first introduced in 1992 for the 1993 model year, enjoyed a single generation that lasted into 1998. Over those years, most people came to refer to it simply as the Del Sol, and Honda eventually dropped Civic from its name. However, the automaker marketed the Del Sol under various name combinations in other countries.

HotCars says that only the S and Si models came to the United States upon the Del Sol’s introduction. MotorTrend reports those models featured either a 106-horsepower 1.5-liter four-cylinder or a 127-hp 1.6-liter four-cylinder and a choice of a four-speed automatic or a five-speed manual transmission. Some models, available in Asian and European markets and later in the U.S., featured the performance-driven 1.6-liter V-TEC four-cylinder with over 160 horsepower backed exclusively by the five-speed manual transmission.

The Del Sol’s most distinguishing feature is its removable targa top. Models bound for the U.S. featured a manually removable top that locked into a rack built into the trunk while still allowing access to the cargo space. Other markets, and the occasional private U.S. import, featured Del Sols with a motorized “Trans Top” that used an automated system to transport and store the removable targa top in the trunk.

Honda built the first Del Sol on the same platform as the Civic. In addition to the shared unibody structure, the Civic and Del Sol also featured a similar set of powertrain offerings early on with the 102-hp 1.5-liter four-cylinder in the Del Sol S and the Del Sol Si 1.6-liter with 125 horsepower. The Civic name remained attached to the Del Sol in U.S. markets until 1995, when the automaker dropped it and went with the Honda Del Sol name for the remainder of its production years.

What makes the Del Sol unique? 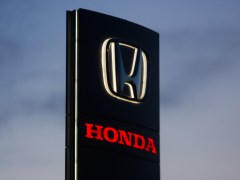 Except for the basic similarities derived from the shared Honda Civic roots, the Honda Del Sol is unique with its two-door, two-seater layout, faux-mid-engine appearance, inverted rear hatch, and targa top design. Additionally, the early model Del Sol powertrain options came from the Civic line, but when Honda added the 160-hp 1.6-liter VTEC engine to the lineup, the Del Sol came into its own and stepped into the realm of a true “driver’s car.” Also, pay attention to the fact that the Del Sol’s 1.6-liter VTEC makes 160 horsepower, which equates to 100 hp per liter. For comparison, the 1995 Ford Mustang GT with the much-touted 5.0-liter V8 produced 215 horsepower, less than half the hp per liter of the Del Sol VTEC.