For many of us, the last two years have been rough from nearly every angle. The housing market is running out of control, and used cars cost more today than they did brand new. Between countless production issues and parts shortages, new car production has slowed to a trickle. Thankfully though, we are starting to see a little light at the end of the tunnel on used car prices as production issues are starting to clear up. Major financial institutions are presenting data that suggests good news for used car prices in 2023.

When will used car prices go down?

Cars.com cites multiple financial institutions from various sectors, all saying used car prices are already coming down as of Q4 2022. Even better, these prices are projected to continue to fall through 2023.

Something called the Bureau of Labor Statistics tracks monthly changes in consumer spending on goods and services. The most recent report for November shows a 2.9% drop in spending on used cars and trucks compared to October, marking the fifth consecutive month of declines. Although it was hard to see, the BLS also noted that spending fell by 3.3% from November 2021 to November 2022.

J.P. Morgan weighed in to back up the BLS data. J.P. Morgan’s automotive analysts believe the 43% percent jump in used car prices from February 2020 to September 2022 is the peak. New car production is improving, driving the used car demand lower.

Here’s the news we’ve all been waiting for; the financial firm estimates used car prices will fall 10%-20% in 2023; new cars, on the other hand, are predicted to see a modest decrease of just 2.5%-5%.

So, you’re saying there’s a chance? 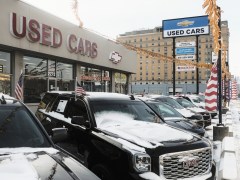 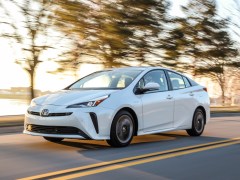 These 5 Used Cars Are No Longer Affordable, Says iSeeCars

Sam Fiorani, vice president of global vehicle forecasting at AutoForecast Solutions, had this to say about the recent drop in used car prices:

“The worst of the microchip shortage should be behind the automotive industry,” wrote Fiorani in an email to Cars.com. “With an increased focus on finding chips for cars and trucks, the shortage started easing, but the slowdown in demand for electronics has helped even more. During the pandemic shutdown, the demand for new tech devices grew sharply, limiting access to chip production. Over the last year, this demand has slipped, opening chip production capacity and allowing the automotive industry better access to semiconductors. … There are still bottlenecks in shipping and the supply of other components holding up vehicle output, but none as severe as slowdowns associated with the chip shortage.”

For those of us needing to replace the hoopty for the past two years, hang on just a little longer. Of course, as far as we know, no one has a crystal ball showing the future, but the numbers are finally heading in the right direction. Together we can resist the dealer markups, insane used car prices, and the panic spending that has ruled our past few years.