The 2022 Toyota GR Corolla is an enthusiast’s dream. Packing a 1.6-liter turbocharged three-cylinder engine with all-wheel drive and a six-speed manual, it hits that sweet spot of affordability and fun. However, the excitement of the GR Corolla’s release has already been hampered by dealer markups. Now a car flipper is getting in on the action, and his GR Corolla auction is a bad sign of things to come.

A base model hits the auction block

Posted now on Cars and Bids is a 2023 Toyota GR Corolla Core. The included window sticker indicates that this car was sold new for a shade over $40,000. Not bad for an all-wheel drive hot hatch in 2023. However, the owner of this particular model has already decided to part ways with this sought-after road ripper via online auction. As of this writing, the bidding on this GR Corolla auction has already surpassed the original price by $7,000. What’s more alarming is that there are still four days left to go, so we’re sure to see that price rise considerably before the hammer falls.

This GR Corolla is nothing special

Keep in mind, this is a GR Corolla CORE. This isn’t the limited-production Morizo Edition, or even the hopped-up Circuit Edition. Optional extras included in this example are the front and rear Torsen differentials and painted GR Corolla brake calipers as part of the Performance Package. This buyer has also optioned their spicy Corolla with the Cold Weather and Technology packages. These add daily-driving functions like heated seats, an upgraded stereo, and wireless charging. All that is to say that this particular model is nothing special when compared to those you could find on dealer lots in just a few months.

Is the GR Corolla worth the markup?

Drivers unwilling to wait for GR Corolla allocations may find this auction enticing, but the question then becomes – why? This Corolla hatch is undoubtedly an exciting choice for the modern car enthusiast, but it also isn’t worth Certified BMW M2 money or new Mercedes-Benz E-Class cash. The performance is certainly there, but the interior finish and features lag behind its German rivals. In this case, Toyota’s asking price is perfectly reasonable. However, adding $10,000 to $20,000 to take home a new GR Corolla seems excessive.

Remember, this is not a limited edition spec. That this is a Core model makes the early results of this auction even more troubling. If Toyota sought to create an affordable hot hatch to compete with the Golf R and Subaru WRX, they have certainly done so. Unfortunately, flippers and dealer markups will keep these cars out of the hands of drivers that will truly appreciate them. If you’re considering dropping a bid on this GR Corolla auction, you have two reasonable alternatives:

Wait until August and buy a new GR Corolla after the hype has died down or;

Take your $50,000 or $60,000 and get a sports coupe like the BMW M240i and get more luxury and performance for your money. Pricing comes in at below $55k for more refinement and punch than Toyota’s hot hatch entry.

Hold out for a better deal to avoid financial headaches 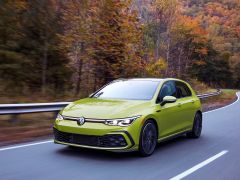 Then there is the issue of long-term value. It’s reasonable to think that anyone paying $20k over sticker for an enthusiast car has some cash to burn. But even if you do, realize that the market value for this hatch will likely fall as more models hit the market. You may quickly find yourself with a vehicle that is worth less than half of what you paid by year’s end. That’s fine for a Maserati. But for a Toyota, it feels downright irresponsible.

And if you’re taking out an auto loan to pay Added Dealer Markup or buy from a GR Corolla auction, don’t. Having a vehicle that has had an arbitrary markup – be it from a dealership or a car flipper auto auction – is a great way to dig yourself into a financial hole should anything go wrong.

Online auto auctions are a great way to find older and rare vehicles, but they also present new problems. Allowing car flippers with a new car like this GR Corolla Core to turn over $10,000 in profit puts affordable enthusiast cars out of the reach of their target market. Not only is buying this car at this price a bad financial decision, but it hurts car culture as a whole, and that’s something nobody reading this should celebrate.