The movement toward electric vehicles opens the door for nearly every automaker to transition to sub-brands of their most popular models. The Ford Mustang grew into an electric SUV by adding the Mach-E name. GM has its sights set a little higher with plans to make the electric Chevy Corvette into a sub-brand.

GM intends for all passenger vehicles to be EVs by 2035. This was announced earlier this year by GM President Mark Reuss. Now, we’ve learned details of some of what the new all-electric Corvette models could be.

Everywhere you look, the Corvette will challenge a rival EV

We’ve learned that everything is on the table and nothing is left out. A future all-electric Corvette sedan could rival the Porsche Taycan and Tesla Model S. This sporty sedan would use the new GM BEV3 architecture and next-generation GM Ultium batteries and drive motors to give this electric sports car plenty of power.

Another consideration is the possibility of an all-electric Corvette crossover SUV. This would be the answer to the Porsche Taycan Cross Turismo and could possibly challenge other all-electric SUVs from Porsche. Currently, a new flagship EV SUV is planned to sit above the Cayenne.

If we’ve learned anything from the Ford Mustang and Mustang Mach-E, both can coexist and be successful. The C8 Corvette has been a huge success. As the first model with a mid-engine layout, GM can’t make this car fast enough for the demand. Both the Stingray and Z06 models have outsold expectations, and new C8 variants, including the E-Ray, ZR1, and Zora are planned.

The C8 Corvette should continue to be a huge success for several years. The EV model might not arrive until closer to the end of the decade, which might make this a completely moot conversation.

How soon could the Corvette become an electric vehicle sub-brand?

GM intends to roll out the new Corvette sub-brand in 2025 as 2026 models. The first offering should be the sedan and crossover models, using the Ultium technology. While both models should continue to be high-performance driving machines, they could spell trouble or the Corvette name.

These new Corvette EV models will use a patented cooling system for the batteries, as reported by Car and Driver. These new high-performance EVs also bring:

How could new EV Corvettes cause trouble for the nameplate?

A full lineup of different vehicles bearing the iconic Chevy Corvette name could seriously water down the name. It might take a long time for most consumers to get used to several models with the same name, but the same was done with Genesis.

If you recall, the Genesis name came from the Hyundai Genesis, which was offered for several years. GM used to have more brands under its purview; maybe adding Corvette with several models will be a way to build a new brand.

Regardless of how GM uses the Corvette name, the plan is simple. New models bearing the Chevy Corvette name are aimed directly at some performance-oriented models from Porsche and other sportscar brands.

Next, check out the electric three-row Porsche SUV, or learn more about the plan to bring Chevy Corvette electric vehicles to the market in this video below: 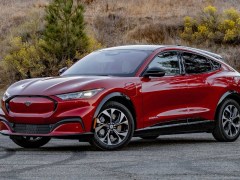