There aren’t too many Japanese sports cars today that will get enthusiasts riled up as much as the first-generation Acura NSX. Produced from 1991 to 2005, the NSX was Acura’s mid-engine, rear-drive flagship sports car that competed with the likes of Ferrari back in the day. If you know anything about this well-respected car, then you know prices have shot up over the past few years. But the car market is different now, so how much can you expect to pay for one of these cars in 2023?

The prices for first-generation Acura NSXs have cooled a little

Although the used car market has cooled down a little over the past few months, the prices for first-generation Acura NSXs are still relatively high. Checking out Classic.com reveals that buyers will need to shell out around $64,000 on average to buy an older Acura NSX. This average could be a little lower than years past, but it’s still a lot to pay for a car that is nearly 30 years old and retailed for the same amount when it was new.

A nationwide search on CarGurus reveals first-generation NSXs selling for anywhere between $60,000 and $100,000, depending on the car’s condition and location.

Is it worth it to pay that much for a first-generation NSX?

Technically, no. When considering the price of a sports car, it’s important to consider its performance. In terms of the first-generation Acura NSX, it’s slow compared to some newer cars in the market today. For example, you can buy a 2018 Honda Accord 2.0T, which has a turbocharged 2.0-liter engine that puts out 252 hp and 273 lb-ft of torque.

Compare that to a 1991 Acura NSX, which had a 3.2-liter V6 making 270 hp and 210 lb-ft of torque, and you’ll see that the newer Accord is on par in terms of power. As for straight-line speed, Tire Meets Road reported that the first-gen NSX was able to get down the quarter-mile in 14 seconds, while the Accord 2.0T took 14.3 seconds when MotorTrend tested it.

Keep in mind that you can currently find a 2018 to 2019 Honda Accord Sport or Touring with the turbocharged 2.0 engine for around $19,000 to $30,000 nationwide, depending on the car’s condition and location. That’s a fraction of what the Acura NSX costs, and it has a backseat, a large trunk, and tech-savvy goodies like Apple Carplay/Android Auto.

It’s not all about straight-line speed 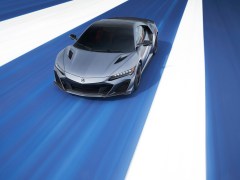 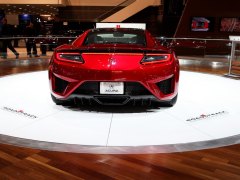 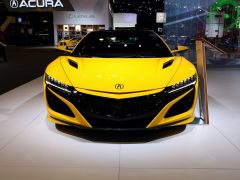 The Price of a 2017 Acura NSX Today Is Astounding

Of course, when it comes to the original Acura NSX, any enthusiast will tell you that it’s not all about straight-line speed. Instead, it’s about the engineering that went into the car. Acura meant for the NSX to be a livable car that was inexpensive to run compared to other Italian supercars at the time.

The Japanese automaker also used lightweight suspension components and a double-wishbone suspension geometry derived from their Formula One car. The engine, although relatively weak by today’s standards, revved out to 7,000 rpm and introduced the world to VTEC – or the brand’s version of variable valve timing. It also came with a slick-shifting five-speed manual transmission (six-speed in later models) or a four-speed automatic for easier driving.

Overall, the Acura NSX wasn’t about only going fast. It was about the ability to drive it every day and nearly anywhere for years without any major issues. Essentially, that’s what you’re paying for when you buy one of these cars, even if it does cost as much as it did when it was new.

Ultimately, buying one of these cars is worth the price if you plan to keep it for a while. Prices may fluctuate a little going forward, but we expect they’ll remain on the high end of the spectrum. Case in point, if you can afford a first-generation Acura NSX, now could be a good time to buy. Just don’t expect it to be fast.