An entire industry is built around taking wrecked and otherwise ruined cars and selling them for deep discounts to those brave enough to salvage them. This is often a way that many car lovers who can’t afford supercars get a shot at them. For instance, this 2004 Ferrari Modena offered up by IAA at a significant discount. Don’t let the discount fool you; this Ferrari won’t make your friends jealous anytime soon. However, it might make them turn green. No, that’s not shag carpet; it’s mold. 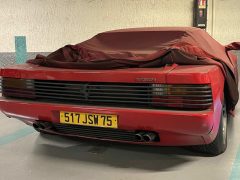 Someone Abandoned a 1989 Ferrari Testarossa in a Parking Deck 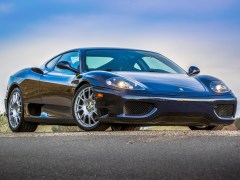 A Ferrari 360 Is a Surprisingly Affordable Everyday Supercar

Are you brave enough to clean this moldy Ferrari Modena?

IAA sells trashed high-end vehicles. This Ferrari came to them after taking a bit of swim. The details surrounding its water-logged state are a touch unclear. Speaking of unclear, the windshield is also a bit unclear considering the plague-esq levels of green mold growing inside.

This Ferrari Modena is for sale in Florida, the capital of soggy cars. However, it got in its fuzzy green state of disgustingness is really neither here nor there; it’s just gross. Not only is it just gross, but it’s also, as CarScoops put it, a literal “biohazard.”

Should you buy a wrecked Ferrari?

Ok, so we’ve established that it’s disgusting, but what else is wrong with it? It’s hard to say; there doesn’t seem to be much visible damage to the Ferrari from the outside other than what appears to be a 2-ft long scuff on the rear passenger side. You may also notice the word “locked” scrawled across the windshield, likely referring to a hydro-locked engine. Honestly, the engine being locked doesn’t seem so bad compared to the interior.

Water damage on any car is a tough beast to tackle. However, good Ferraris can be tough to maintain; I shudder to think what a water-logged Modena might take to get right. Either way, this is a 2004 Ferrari 360 Modena, a mid-engined supercar, once making 395 hp (294 kW/400 PS) and 275 lb-ft (373 Nm) of torque from its 3.6-liter V8. While it certainly isn’t making that power as it sits, that potential ain’t nothing.

How much is a 2004 Ferrari Modena worth?

This is the $64 question. The truth is, the Modena didn’t age quite as well as some other prancing ponies. In fact, Edmunds estimates a 2004 Ferrari 360 Modena in “outstanding condition (no options selected) retails for only about $35,000. So what would one without a working engine and a, uh, custom(?) brownish-green interior go for?

Well, the squishy one on IAA is sitting at the current bid of $15,625 at the time of this writing. Edmunds estimates a 2004 Ferrari Modena in “rough” shape should only retail for around $20,000. While buying a Ferrari for under $20k might seem like a good deal, I’m not sure this one is.

However, IAA is putting its best sales pitch forward with the incredible idea for some brave soul to buy this Ferrari, strip the now-green interior, and race it. How incredible would it be to turn up to a Lemons race with a Ferrari? (opens IAA site…)