Everything about the Ram Revolution electric concept truck is larger than life: It has three rows of seats, a full-size bed, and 35-inch tires. Ram is also targeting a 500-mile range, and with a separate electric motor for each axle, we expect it to make gobs of 4WD power. But one of the most surprising things about the 2024 Ram 1500 Revolution is that it may also be the best tow rig Ram has ever built.

Will the electric Ram be good at towing?

Early road testers are finding electric trucks–such as the Rivian R1T–to be extremely capable tow rigs. This is because electric motors make maximum torque at zero RPM, putting the low-end grunt of even a diesel to shame. Ram is prioritizing towing capability with its Revoluiton EV.

Furthermore, an electric truck with multiple motors can instantly put power to the axle with the most traction. This technology is called torque vectoring, and it gives electric vehicles superior performance both on road and off.

That said, towing a heavy load can slice an electric truck’s range in half. But Ram is aiming to solve this problem too.

Ram is taking on range anxiety

One major issue with the first generation of electric vehicles is the range anxiety caused by both limited range and long charging times. Because towing reduces an EV’s range dramatically, this issue is even more important to electric trucks than cars. But Ram is grabbing range anxiety by the horns.

Ram aims to address the problem of range with two new technologies–according to its parent company Stellantis. The first is a new solid-state battery technology that Ram hopes will give its electric trucks a maximum range of 500 miles. The second technology is Ram’s new “Range Electric Paradigm Breaker (REPB)” truck configuration.

The automaker hasn’t released any info on this technology, but we expect it to be a small gasoline generator available in the bed of its electric pickup trucks. Ram would not be the first automaker to offer a range extender. Similar technology proved itself in both the old Chevy Bolt and the BMW i3.

A range-extended Ram would be a very powerful pickup truck with an unlimited towing range that still gets better MPG than the current gasoline and diesel-powered trucks. The only downside of such a truck would be that the first generation would be more expensive than a traditional, gasoline-powered truck.

The sixth-generation Ram 150 will be an excellent tow rig

While many towing fans prefer the stability of a solid rear axle, the new Wagoneer by Jeep proves the latest generation of independent rear suspension is equally capable. With a 10,000 tow rating, the Grand Wagoneer boasts the highest towing capacity of any Jeep.

Next, read about what makes the Jeep Wagoneer a great SUV for towing or watch the Rivian R1T electric truck subjected to a brutal towing test in the video below: 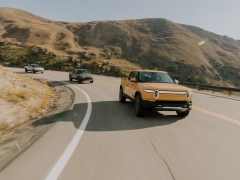 The Rivian Electric Truck Is a Towing Monster, But Don’t Expect To Go Far 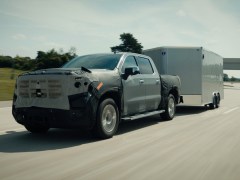 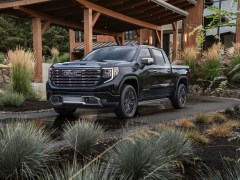