Yes, you can buy a lot of SUV for $40,000. These five prove that you can get a sporty, practical, SUV with a premium badge for that money, too. The experts at Edmunds picked these five extra small, or as the EPA says subcompact, SUVs as the best in the class. It’s hard to fault any of these, and they all seem to arrive at a similar answer to the $40,000 SUV question.

Mercedes-Benz’s smallest SUV packs a lot in and it makes a compelling package for buyers who may not have considered a Benz before. It has a baby G-Class look to it, and a lot of the tech that you’d find on the G-Class, for about a third of the price. The baby Benz comes with a 2.0-liter four-cylinder that makes 221 horsepower, and it can feel downright quick, thanks to its quick-shifting dual-clutch automatic transmission.

The small 2023 GLB offers one thing that others on this list of compact SUVs don’t: It has an optional third row. While that third row with two seats is tight, it does give this luxury SUV an extra ounce of practicality. The GLB250 starts at less than $40,000, but all-wheel drive and other options can send the price to $45,000 quickly.

The BMW X1 is the extra small luxury SUV that others are judged by. The littlest Bimmer is also the brand’s best-selling SUV, with what looks like the biggest grille. BMW completely redesigned the little SUV for 2023, and it grew by a few inches in every direction which makes it feel a lot larger inside than the previous version. That extra wheelbase also added to its sporty handling. This is no off-road SUV, but all-wheel drive is standard for bad weather situations.

The 2023 BMW X1 comes with a 241-horsepower turbocharged four-cylinder engine that gives it a surprising amount of punch. It’s quicker, for example, than the Mercedes, and also has a dual-clutch automatic. The X1 now starts at about $40,000.

While the folks at Edmunds consider the GLA an SUV, many of you are probably scratching your heads. The GLA, you see, comes in a sedan version or a tall SUV version. The GLA Coupe, or four-door, is the smallest and cheapest Benz, while the SUV holds down the $38,000 price point on the SUV side. Unlike the GLB, it’s more of a tall car, and it does provide a higher seating position and some extra room under its hatch.

Though the GLA isn’t as luxurious as other Benz SUVs, and its interior is a bit spartan, it still feels like a high-quality SUV.

Since 2017 the Audi Q3 has been Audi’s top-selling vehicle of any kind. It’s peppy, it’s stylish, it’s spacious, and it drives more like a sporty car than a tall SUV. It hasn’t changed much since its 2017 introduction, but that’s OK because this $38,000 extra-small luxury SUV packs a lot of value. It comes with a four-cylindet with 184 horsepower or 228 horsepower, and though the bigger engine is more fun, you have to give the turbo a second to catch up to your right fiit. 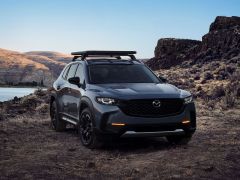 The 5 Best Small SUVs for 2023 According to Edmunds

The Volvo XC40 ranks highly for different reasons than the others on this list. Sure, it starts at about the same $38,000, and it has a competitive 194-horsepower engine or a powerful 247-horsepower four-cylinder engine. It takes its Swedish heritage seriously and it looks like a rolling mid-century sculpture inside. Volvo, though, knows its buyer better than most: the XC40 is full of clever touches like a hook for takeout bags on the dash and a removable trash bin in the center console.