A fire-breathing dragon is ready to fly from the keep and attack the world. This dragon isn’t about to destroy the planet but instead adds some wild, insane, and incredible fun to our driving experience. The new Drako Dragon is only the second vehicle from the California-based startup, giving us an electric SUV that delivers amazing power and style.

The time of wonder is over; the Drako Dragon is real

If your parents told you that dragons weren’t real, they were only talking about the fire-breathing winged reptiles from our childhood storybooks. The Dragon, in the electric SUV form, is as real as it gets.

This amazing vehicle was teased over the summer by Drako, and now it’s real. The Dragon SUV delivers an amazing level of power, reaching 2000 ponies from the four electric motors. You’ll be blown away by the performance and style offered in this incredible new SUV from this EV startup.

How does 2000 horsepower translate into speed?

This new ultra-luxury SUV has four electric motors that combine to deliver 2000 horsepower. We’ve been told the torque number is what’s important for off-the-line acceleration, but sustained speed comes from the horsepower.

The new Drako Dragon can reach 200 mph and finish the quarter-mile sprint in 9.0 seconds. That’s incredibly fast, especially for an SUV.

Is the Drako Dragon a mashup?

Car and Driver describes the style of the Dragon as an Extreme E racer blended with the Lotus Eletre. This incredible electric SUV brings an aggressive stance and a coupe-like roofline that makes it appear to be a sports car that’s been lifted and expanded. It might not be a mashup, but it certainly delivers styling found in other vehicles.

Did Drako use fewer plastics in creating the body panels?

This new ultra-luxury SUV has body panels made from sustainable natural fiber composites. That sounds great, but most of us don’t know what that means. This construction process reduces the use of plastics by 70 percent, which could be great for the environment, especially if other automakers followed this same path.

Those Gullwing Doors tho

The Gullwing Doors on the Drako Dragon are massive. These doors are large enough that both the front and rear passengers enter and exit through the same door. This allows Drako to build this SUV without B-pillars.

Once inside the cabin, the materials and style scream ultra-luxury SUV. The center of the dashboard is dominated by a 17.1-inch touchscreen for all infotainment controls. There’s a sporty flat-bottom steering wheel, smooth high-end leather upholstery, and carbon-fiber trim elements throughout the cabin.

The upward view from any seat offers an airy feeling through the panoramic glass roof, which provides an impressive overhead view of the sky above.

How far does the Drako Dragon drive on a full charge?

The Dragon is one of the fastest SUVs in the world, with a sprint time to 60 mph of 1.9 seconds. That statistic pales in comparison to the importance of the driving range. This impressive electric SUV brings a claimed 420-mile driving range when the battery is fully charged.

Like many other EVs, the batteries can be charged from 10 to 80 percent using a DC Fast-Charging station in only 10 minutes.

How much does this new ultra-luxury SUV cost, and when will it be available?

If you’re ready to buy this new electric SUV from Drako, you’ll need to cool your jets. This dragon hasn’t hatched yet. Drako intends to begin delivering the Dragon to customers with reservations in 2026. They plan to eventually build 5,000 models per year. This new electric luxury SUV starts at $290,000. If this sounds like the right SUV, now is the time to entire your reservation for a future model.

Next, check out the new Ferrari Purosangue, or learn more about the Drako Dragon in this video below: 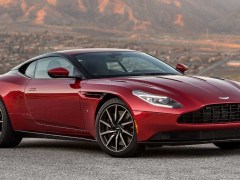 The Top 5 Aston Martin Cars of All Time: Not Just for James Bond