We have a victory to celebrate because the Ford Explorer isn’t having to make a massive recall. Over 1.5 million Ford Explorer models were under investigation due to an alleged dangerous exhaust problem, but now owners can relax.

The Ford Explorer exhaust problem didn’t lead to a recall

For years, the National Highway Traffic Safety Administration (NHSTA) has been investigating the Ford Explorer due to claims about high levels of carbon monoxide filling the cabins. Nearly 1.5 million Ford Explorer models from 2011 to 2017 were under investigation.

The NHSTA received thousands of complaints of sickness and wrecks caused by exhaust fumes. According to the U.S.News, the complaints are related to three deaths, and 657 injuries could be related.

Most of the complaints are connected to Explorer Police Inceptor models used as patrol vehicles. However, rigorous test methods were used to send gas exhaust inside the vehicle.

None of the Explorers with bodies sealed under the 2017 Ford Field service campaign had carbon monoxide levels higher than Environmental Protection Agency (EPA) limits.

However, some fumes did leak into the Explorer’s cabin. The NHSTA recognizes that hypersensitivities to CO and other exhaust gas particles exist within the overall population. But the agency doesn’t set the limits or determine the accuracy of specified safe levels.

What are the most common Explorer problems?

There are a few more severe Ford Explorer problems to be concerned about. For example, Explorer models from the third generation may have transmission issues.

The fifth generation explorer from 2011 to 2019 faced water pump leaks. The leaks caused both of the engine options to fail.

A water pump leak may include overheating, excessive coolant use, heater failure, head gasket failure, and cracked cylinder heads. Oil could mix with the coolant too.

The fifth generation also struggled with power steering problems. The vehicles could become incredibly difficult to maneuver at random times. Plus, it would start making a grinding or rubbing noises before totally failing.

Is the Explorer safe? 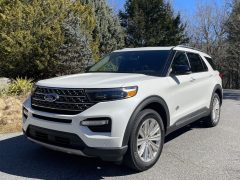 We Disagree With Critics About the Ford Explorer 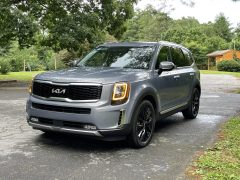 Driven: The Practical Kia Telluride vs. The Sporty Ford Explorer

The current generation Ford Explorer may be a bit safer than older models. This is because it had to meet rising safety standards and be involved in a new series of tests that weren’t around decades ago.

But yes, the 2023 Ford Explorer is a safe SUV. It’s an Insurance Institute of Highway Safety (IIHS) Top Safety Pick+. It earned a ‘Good’ score in most of its safety tests, which is the highest score possible. It only got two ‘Acceptable’ rankings, which is the second-highest score.

The automatic pre-collision features earned a ‘Superior’ rating for the ability to avoid collisions with pedestrians. It avoided wrecks at speeds of 12 and 25 miles per hour.

So, if you have a Ford Explorer, don’t worry. It’s safe. Models from 2017 and before could have some exhaust fumes, but not at a harmful rate.