The Chevrolet El Camino is an automotive cult classic. Sometimes called a “Mullet on Wheels,” the El Camino differs from traditional pickup trucks. Inspired by the Ford Ranchero, it features a unibody construction — fusing a pickup bed into the body of a coupe. While the El Camino hasn’t been sold in America since 1987, it’s beloved by a significant number of automotive enthusiasts. With such a strong following and GM’s big push for EVs, there’s speculation that Chevy will make an electric El Camino.

Is Chevy bringing back the El Camino as an EV?

During its production run, the Chevy El Camino was one of the most divisive vehicles. People just didn’t know what to make of it. As detailed by Groovy History, it was like a “truck that mated with a Chevy Impala.” I remember seeing the El Camino as a kid — and it often elicited chuckles from my group of friends.

However, the unusual design of the El Camino is what helped it develop a core group of fans. Since its discontinuation, it’s grown into a cult classic for a segment of the automotive community. Another factor that renewed interest in the unique vehicle is the 2019 release of El Camino — the follow-up movie to Breaking Bad, considered by many to be one of the best television shows of all time.

Also, the success of unibody pickup trucks such as the Hyundai Santa Cruz and Ford Maverick shows that there is a demand for unconventional pickup trucks. Plus, unibody trucks, also known as “utes,” are very popular in Australia.

Now, with GM going electric with its vehicle lineup, there’s a golden opportunity to make an El Camino EV. This includes resurrecting the massive GMC HUMMER as an electric vehicle. Also, Chevrolet has plans for electric versions of other iconic gas-powered models, including a Corvette EV sports car and the Silverado EV pickup truck.

Another thing that increased speculation of bringing back an EV version of the ute cult classic is the reveal of an electric El Camino concept car in 2021. The El Camino EV Concept, a collaboration between Chevrolet Performance and Lingenfelter, features a 1972 Chevrolet El Camino SS with an electric motor and a 66 kWh battery pack.

The El Camino EV Concept highlights GM’s electrification strategy. It also showcases the automaker’s eCrate package, which enables people to convert a traditional gas-powered vehicle into an EV. According to Carscoops, GM “revealed plans for an electric specialty vehicle modifier program.” The program enables customers to connect with “trained installers who can replace a vehicle’s traditional internal combustion engine with a fully electric propulsion system.” 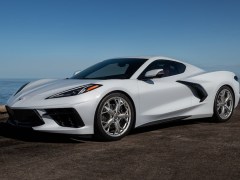 2025 Chevy Corvette EV Teased: What We Know so Far

There are many reasons for Chevrolet to bring back the El Camino. Speculation and interest continue to grow. Per CarBuzz, though, Chevy has no official plans for its return. However, in the absence of a “modern-day El Camino,” enthusiasts created their own versions. One example is from Casados Design in Alabama.

Based on a 2010 Chevrolet Camaro, this custom ute, as seen in the above Instagram post, features extensive modifications. This includes the removal of the rear doors to extend the chassis and fit the pickup bed. Additionally, there are custom fender flares and a custom B-pillar inspired by a Chevy Avalanche truck.

It’s a strange-looking vehicle, but Casados Design did a good job of seamlessly blending the body of the Camaro with the pickup bed. Few could have imagined such a use for a Camaro — let alone one that creates an El Camino.

If Chevy makes an electric El Camino, the modern-day version likely would be controversial. The ute was divisive in its heyday. Also, typically, whenever an automaker brings back a beloved car, there are contrasting opinions. Furthermore, many car enthusiast traditionalists bemoan the move toward EVs — and the decline of gas-powered vehicles. For some, an electric El Camino would undoubtedly be “sacrilegious.”