When was the last time you heard any news about a Chevy sedan still being offered? If you have to think too long about the answer, it’s been a while. In a world filled with trucks and SUVs, the 2023 Chevy Malibu continues to be a useful and reliable midsize sedan. That said, we’re unsure if this car will see another generation, but it certainly could.

Will Chevy continue to offer the Malibu sedan?

Reports are nothing but rumors of a new generation for the Malibu. Currently, this car will end production after the 2024 model year, but some experts are reading the tea leaves.

Motor1 tells us there’s evidence to support a continuation of the Chevy Malibu beyond the current generation. The strongest evidence anyone can point to is the sales figures. Through October, Malibu sales were up 148 percent compared to 2021.

We should take these numbers with a grain of salt. For nine months of 2021, GM halted Malibu production to focus the restricted supplies toward SUVs and trucks. That said, during 2022, the Chevy Malibu outsold the Blazer, Traverse, Trailblazer, Suburban, and Tahoe.

Does this mean Chevy should renew its sedan lineup to compete with Toyota, Honda, Hyundai, Kia, and other brands that continue to sell several sedans? Maybe.

Why is the Malibu so popular?

For years, the Malibu has brought a comfortable and quiet ride to the market. This midsize sedan includes a spacious cabin which is great for five people to ride together. The handling and safety are respectable and it offers one turbocharged four-cylinder engine. This car soldiers on and might be updated for 2025 to bring a modern take on this classic name.

According to U. S. News & World Report, this Chevy sedan is a decent midsize car to drive. The Malibu delivers desired comfort, but it rides on an older platform, which makes it a bit outdated compared to other midsize sedans in the market.

The pros and cons offered by US News are:

For 2023, this Chevy sedan offers more standard features and replaces the Premier trim with the 2LT trim. This trim change signals a possible deletion from the market, but the strong sales figures could be enough to save the Chevy Malibu.

What could a new Malibu offer?

If the Chevy Malibu continues into the 2025 model year, it could use a modified version of the current platform. This could mean offering a hybrid version of this midsize sedan or placing the Ultium battery platform under the Malibu to make it an all-electric sedan.

While we wait for any confirmation regarding the future of the venerable Chevy Malibu, we can admire the staying power of this impressive midsize sedan that we haven’t heard much about in recent months. 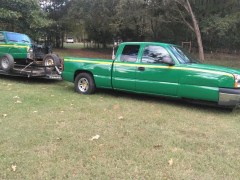 This Strange Chevy Silverado Will Make You Take a Second Look 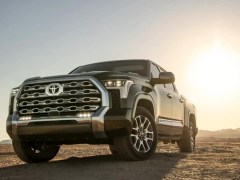