With high inflation and supply chain shortages, Chevrolet vehicles, like models from most other automakers, are more expensive. The American automaker still offers some affordable models, though. This includes the 2022 Chevy Trax subcompact crossover SUV, the cheapest new Chevrolet car. Unfortunately, automotive experts rate it as one of the worst small SUVs. However, with a redesign for the 2024 model year, the Trax gets much better.

With a starting price of $21,700 MSRP, the 2022 Chevy Trax is the cheapest new Chevrolet car currently available. Initially, Chevy planned on discontinuing the Trax after the 2022 model year. That’s why there isn’t a 2023 version available.

However, the automaker reversed course and will release a redesigned 2024 Trax in Spring 2023. The redesigned 2024 Trax will actually cost slightly less than the 2022 model, for Chevrolet said that it will start at $21,495 MSRP. The price drop is a rare occurrence in these days of high inflation.

On the surface, the financial accessibility of the 2022 Trax makes it appealing for budget-minded SUV shoppers. However, automotive experts rate it as one of the worst small SUVs. For the subcompact SUV segment, Car and Driver ranks the Trax as 19 out of 21 models, while U.S. News & World Report has it at 17 out of 24.

In its evaluation, Car and Driver stated that “even its highest trim, the interior is more fleet than fancy, and driving the Trax is as exciting as watching C-SPAN.” The automotive publication also noted that the small SUV lacks standard driving assistance features. Criticisms from U.S. News include the “firm ride, low-rent cabin, and seats that aren’t supportive.”

2024 Chevy Trax is much better with its pleasing redesign

However, if you’re willing to wait a little longer, you can get a much better version of the Chevy Trax with the redesigned 2024 model. It has a sleek new exterior, with an athletic and muscular look that’s inspired by the Chevy Blazer.

Also, the redesigned subcompact SUV is larger than the outgoing model, resulting in more interior space. Plus, the cabin is more upscale and modern, with many new features. This includes larger infotainment system screens, a noise cancelation function, a sunroof, a power-adjustable driver’s seat, and wireless Apple CarPlay and Android Auto smartphone integration. 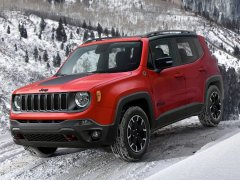 If you’re looking for the most affordable new Chevrolet, then check out the Chevy Trax. It’s the cheapest new Chevy car. While automotive experts rate the 2022 model as one of the worst small SUVs, the redesigned version is much better. When factoring in all the improvements and the slightly lower price for the 2024 Trax, it might be worth waiting until it is available in Spring 2023.