Tesla is finally delivering on its promise to provide a more affordable Tesla Model Y model. That means more people can make the switch from gas to electric. However, there’s one issue. The 2023 Tesla Model Y is still pretty expensive and difficult to get.

At first, the Tesla Model Y was listed at 61,990 without AWD and with the standard range battery. Also, according to Eletrek, this model isn’t available for everyone yet.

Only Tesla employees and a few customers who have ordered the Model Y can access this version in the configurator. It seems to only exist as source code at the moment. So is it a glitch? Or is Tesla preparing to launch a cheaper version of the 2023 Model Y?

Plus, the eligibility for tax credits on electric vehicles is changing. The Model Y may have to make a few changes to be eligible for the $7,500 federal credit.

Yes, the 2023 Tesla Model Y is worth buying, even if the cheaper models aren’t available. While $65,990 is a steep price, at least it comes with AWD and 330 miles of range. It has a rapid acceleration, is spacious, and has a robust charging network.

Sure, the Model Y can accelerate from 0 to 60 mph in 4.8 seconds, but the Hyundai Ioniq 5 gets there in 4.7 seconds with comparable comfort and space. Without offering the rumored more affordable standard range Model Y, it might not be able to keep up.

The Model is pretty comfortable, but bumps can send rattles through the cabin. The Ioniq 5 could provide a smoother experience. However, the Model Y has a peaceful, quiet cabin to enjoy.

Also, while the massive touchscreen is attractive, it’s a bit finicky. If it drops out, then you lose a majority of the vehicle’s controls. Some drivers may prefer more physical controls instead of touchscreen commands too.

What are the Model Y cons? 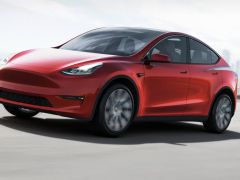 Consumer Reports Says the Tesla Model Y Has Too Many Problems 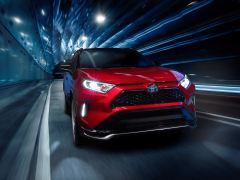 Choose the Toyota RAV4 Prime Over the Tesla Model Y

The 2023 Tesla Model Y struggles with smartphone integration. Connecting your phone via Bluetooth feels a bit spare compared to rivals with wireless Apple CarPlay and Android Auto. Also, the Google-based infotainment system is a bit spotty.

The rear window is pretty small and limits visibility out the back. Large windshield pillars in the front can block your view as well.

Voice commands aren’t very responsive or effective. Plus, the safety systems get confused and mistake parked cars on the shoulder for vehicle lanes. The Model Y can follow other vehicles too closely at times, which is dangerous.

The Model Y is the best-selling option in its class, but it used to be one of the only options. Now that the segment is growing and rivals offer similar amenities with fewer bugs, Tesla might need to make the Model Y more affordable.