Hybrid cars aren’t new. In fact, if you want to dig into it, the Ferdinand Porsche (yes, that Porsche) made the first hybrid car, the Lohner-Porsche Mixte, from 1900 to 1905. But the first mass-production hybrid doesn’t come until 1997 with the fateful Toyota Prius. We only say all this to say hybrids have been around for a while, and we are only just beginning to utilize their true potential. With this recent adoption, many drivers don’t know much about them. Let’s start with the basics. Do you have to charge a hybrid car?

Do you have to charge a hybrid car?

What is the difference between Hybrid cars and Plug-in hybrid cars?

The name really says it all. “Traditional” hybrids (HEVs) don’t need to be charged. According to AutoBlog, although they have batteries and at least one electric motor, these hybrids, like the Toyota Prius, don’t need to be charged. They have a series of systems that continuously recharge the small batteries. Some use leftover energy from the gasoline engine, and some use the energy created by the brakes to recharge. Because these hybrids don’t have to be charged, many see this as a better owning experience. The downside is these vehicles tend to use more fuel.

Plug-in hybrids (PHEVs), on the other hand, do need to be charged. Because these cars have larger batteries with more electrical output, regenerative systems like braking aren’t enough to keep them powered. For example, Plug-in hybrids like the 2023 Toyota RAV4 Prime can go 40 miles on purely electric power. Once this electric power is exhausted, the car operates like a regular hybrid car. 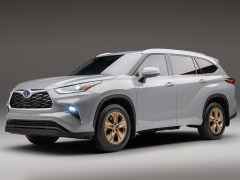 What are the Best Hybrid SUVs for Families? 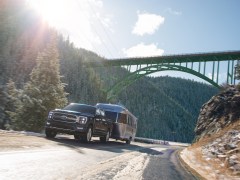 As small battery tech continues to improve, many buyers see the benefits of plug-in hybrid vehicles. Although you have to spend some time charging them to reap the full benefit, you can also forgo that part if it isn’t convenient.

There is an ease to traditional hybrid vehicles in that you drive them and fuel them just like we always have. However, they typically require more pricy gasoline than their plug-in friends. Not to mention the environmental impact from emissions is lessened with the plug-in variations.

However, just like with EVs, the plug-in hybrids are a bit more expensive due to the newness of the tech. This is a massively limiting factor to who can afford to pick a plug-in hybrid. As long as PHEV prices stay high, the world will continue to adopt these new cars, trucks, and SUVs slower.