The state of car buying has changed drastically over the past couple of years. We can thank COVID and supply chain issues for most of the trouble, as well as dealerships and their markups. All of these things have led car shoppers to become angry at the automotive industry, and it’s easy to see why. Here is a brief layout of the current state of affairs in the car-buying world.

Remember the days when buying a new or used car meant haggling with the salesperson at the dealership for a few thousand dollars off the listed price? Some people loved the process, but most people hated it. However, the end goal was always met with some satisfaction that there would be a discounted rate at the end of the day.

That discount not only meant a lower cost and monthly payment for the car, but it also meant that they could trade the car in and roll over the payments onto a newer car – without being too far underwater on the loan.

Unfortunately, that’s no longer the case. Many dealerships nowadays are marking up cars due to a lack of inventory, and many customers are paying inflated prices.

Savagegeese – a popular automotive YouTuber – said in his latest video: “If they [dealers] did have inventory, they would say, ‘hey, we don’t have cars, you’re going to pay over.’ So now you have a loan for a car that’s five or $10,000 over what it should be. These are not houses; they’re not property. As soon as you put miles on them, they’re really disposable assets in the long term.”

It’s the same issue, if not worse, for used cars. Over the past couple of years, the lack of new car inventory made the used car market shoot up in value due to the increased demand. Although the market is cooling, some used car prices are still elevated, which means customers are paying over what the car is worth – typically by thousands of dollars.

When it comes time to trade in that used car, many customers may find themselves buried in a current loan and unable to pay for the car. This could inevitably lead to the car having to be repossessed or them needing to figure out how to pay it off. “This whole process is making people mad,” SavageGeese said.

Another reason that car buyers are mad is that manufacturers can’t get cars. Supply chain issues have plagued the car manufacturing industry leaving dealer lots close to empty for the past couple of years. Some dealerships have even received cars without certain features on them due to a lack of supply.

I have even received a press vehicle that didn’t have features like keyless entry and a start button when it should have. Fortunately, customers don’t have to pay for the missing features, but when they’re buying a luxury car with manual seats, it can be aggravating.

On top of that, the lack of inventory drives up prices for high-demand cars, especially those in the enthusiast category. SavageGeese brought up the case of cars like the 2023 Toyota GR Corolla and Honda Civic Type R. Both of these cars are bargains for the type of performance they put out. Still, dealerships are unable to get them, which leads to marked-up prices and angry customers.

Cars come with a lot of unnecessary features 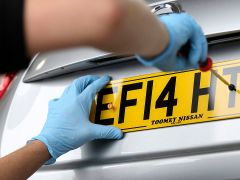 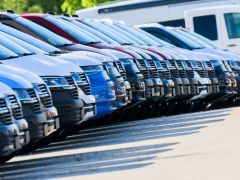 5 Car Buying Costs That Buyers Should Budget For

Lastly, many new cars in today’s market come with so many features that customers don’t use. I have had many press cars over the years that came with features like paddle shifters, touchpad controllers, and gesture controls, which are cool but unnecessary.

When going over many of these features with the customers I sold cars to, many of them would say something to the effect of, “I’m probably never going to use that. Can I just learn to how to drive the car and turn on the radio?”

Case in point, a lot of these unnecessary features can cause aggravation for many customers in any generation. Ultimately, car buyers are angry at the current state of the automotive world due to the lack of inventory, overpaying for cars, and having unnecessary features. If you find yourself angry at the situation, feel free to contact the automakers, they may just listen.