If you don’t mind being seen driving a Buick, it could be a great time to buy one. The new car market has been plagued with inventory shortages for the past couple of years. However, there’s a large supply of Buick vehicles across the nation, which could mean big cost savings if you want to buy one.

There is a 121-day supply of Buick vehicles at dealerships

As of November 2022, there was a reported 121-day supply of Buick vehicles in dealer inventories across the nation. For reference, a 60-day supply of cars was considered optimal before the COVID-19 pandemic. According to Everyman Driver, Toyota currently has less than a 30-day supply, so it’s easy to see how buying a Buick could be advantageous right now.

GM Authority reports that Buick dealers are currently stocking a sufficient amount of Enclave, Encore, Encore GX, and Envision models at this time.

New car inventories are on an uptick across the board

As we all know, an ample supply equates to more significant savings when buying a new car. Just don’t expect the same type of discounts that you could get before the pandemic – unless you plan to buy a Buick.

If you do plan to buy a Buick, it’s essential to know that the American brand has among the worst resale values in the industry. The folks at Car Edge put together a list of the “Worst Brands for Resale Value After 5 Years” and listed Buick at the top spot. According to the publication, Buick vehicles hold an average of 73.74% of their original values after the first five years of ownership. 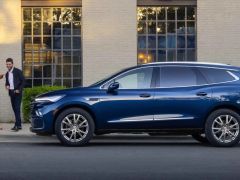 Only 1 Buick Model Improved Reliability in 2022, According to Consumer Reports 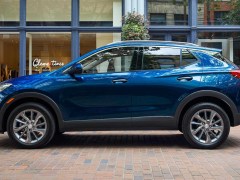 Yes. Buick’s lineup consists of six different SUVs and crossovers. According to Consumer Reports 2022 rankings, Buick is above average when it comes to reliability. J.D. Power also ranked Buick in the No. 2 spot in its 2022 dependability study. This means that drivers experienced fewer issues with their Buick vehicles in the first few years of ownership.

The Buick Encore has not received any recalls, the Envision only has one, and the Enclave has two as of 2022. That’s consistently low across the lineup, and it also means that the American brand beat out plenty of other automakers in the rankings.

If you’re looking for a near-luxury SUV or crossover and don’t care about the badging up front, it could be a great time to buy a Buick.