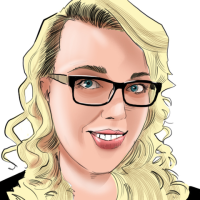 Tiffany Ratliff joined the Endgame360 team in 2021 and works primarily with contributor content from MotorBiscuit and Showbiz Cheat Sheet. She earned her bachelor’s in English from Eastern Kentucky University, two master’s degrees in English and Digital Strategy from Arizona State University, and is HubSpot certified in Inbound Marketing and Social Media Marketing.

Tiffany grew up helping her dad as he tore apart engines and transmissions to rebuild old trucks, and worked in car and motorcycle sales for about 10 years; roughly eight of which she also worked as an editor. She also had a stint working for the Toyota Motor Manufacturing Company building engines for the Camry and getting behind-the-scenes looks at other models in the pipeline. She carries that long-held expertise into her work with MotorBiscuit, where she’s most excited to spend time with content that focuses on technological advancements that make amenities and safety features better over time.

Tiffany isn’t a one-trick editor, though, as she also has extensive personal and semi-professional entertainment experience. She’s been a self-proclaimed theater junkie all of her life, and was accepted into the Governor’s School for the Arts to study acting in Kentucky. She was proudly the first person accepted to the school from the eastern part of the state. For Showbiz she focuses the most on movie content and has a special fondness for the musicals that she grew up adoring. Her dream is to one day see some of them performed live on Broadway.

The Brand With the Best Resale Value May Surprise You

3 of the Best Electric SUVs According to MotorTrend

The Proper Towing Equipment You’ll Need When Towing During Winter

What Are the Downsides of Wireless Apple CarPlay Adapter?

What Pickup Truck Does Lowes Use as a Rental?