Whether you’ve been paying more attention to Formula 1 lately, or you’re a Forza Horizon fan enjoying cars from around the world, you’ve likely heard of Alpine. The French carmaker is known for its beautiful sports cars. Models like the A110 and A 310 are both elegant and exhilarating. So when we found out that Alpine was coming to the U.S., the excitement was real. Then we read a little further.

According to Automotive News, Alpine CEO Laurent Rossi disclosed that two new models are being developed. Those two creations take aim specifically at the American market. Unfortunately, a revised sports car akin to the A110 isn’t on the list. Instead, we’re getting a pair of electric crossovers that are being compared to the Porsche Macan and Cayenne Coupe in size.

Why Alpine isn’t bringing sports cars to the U.S.

While Rossi admits that the U.S. is crucial to help boost volume at Alpine, that it is doing so without its current (and only) known model is a bit confusing. There are four years between now and Alpine’s stated goal of an American expansion, so things may change. But for the time being, the American market wants big, electrified cars, and that’s what Alpine has promised. Keep in mind this announcement comes before Alpine has even developed an electric car for the European market. Those models are coming in 2025, and should prove a good way to gauge interest from the other side of the Atlantic. 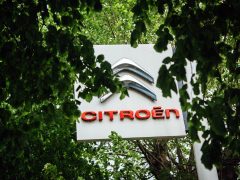 Why not bring the Alpine A110 to America?

As the only current vehicle in Alpine’s lineup, it seems odd to suggest that the A110 won’t sell on American shores. The likely reason for this is largely due to the targeted 2027 release date for the American Alpine models. In all probability, the A110 will get a big update in that time. In that sense, promising it now could create an unrealized hype for Alpine’s U.S. ambitions.

Alpine isn’t the first French brand to tease an American model. Just a few years ago, Peugeot declared that they were bringing a host of cars to American shores by 2023. Yet here we are, and there are no new lion badges showing up in American showrooms. Granted, a global pandemic and unending supply chain issues have changed the entire automotive landscape since then. But the state of lithium mining and ever-increasing materials shortages may threaten Alpine’s ambitions as well.

Disappointed but not surprised

As with most modern automakers, big, electrified crossovers seem to be at the heart of Alpine’s future strategy. While we all wish that fun, functional cars could be the core of a mainstream brand, American buyers just don’t make that happen. We enthusiasts will have to wait until at least 2042 to bring the current A110 to U.S. shores. By then who knows what the automotive world will look like.