Alfa Romeo is a multinational car corporation famous for its stylish and elegant cars, which have always been known for their performance capabilities as well as their luxurious looks. The Italian automaker was founded to produce automobiles for the Italian market, but it quickly gained a reputation for producing historic cars with high-quality, stylish, and innovative features. So, what does the name Alfa Romeo mean?

For over a century, Alfa Romeo has been considered an icon of Italian culture

As detailed by OSV, the company was originally founded in 1906 as Società Anonima Italiana Darracq (SAID), a joint venture between Darracq and Stella. In 1910, the company was renamed Anonima Lombarda Fabbrica Automobili (ALFA), and in 1920, the name was changed again to Alfa Romeo.

Alfa Romeo has produced a wide range of automobiles throughout its history, including sports cars, sedans, and SUVs. The Giulietta, the Spider, GTV, and Giulia are among the most well-known Alfa Romeo models. These models are known for their svelte and sporty designs, in addition to their powerful engines and cutting-edge technology.

Alfa Romeo is well-known not only for producing high-quality automobiles but also for its racing history. The company has a long history of motorsports success, including multiple victories in the 24 Hours of Le Mans and the World Touring Car Championship. Alfa Romeo has established itself as a leader in the automotive industry and a manufacturer of high-performance vehicles due to its racing history.

The meaning behind the name Alfa Romeo

The name Anonima Lombarda Fabbrica Automobili (ALFA) was given to a new company on June 24, 1910. The same investors who had previously supported the previous SAID (Società Italiana Automobili Darracq) company continued to support this new venture, which maintained its headquarters in Milan’s Portello neighborhood

The company’s chief engineers, Giuseppe Merosi and Ugo Stella, signed a contract to produce two cars in the same year, 1910. In honor of their respective horsepower, the cars were named 12 HP and 24 HP. The organization’s director was chosen in 1915 and was a new Neapolitan businessman named Nicola Romeo. In 1920, the company name was changed to Alfa Romeo, derived from Nicola’s middle name. The Torpedo 20/30 HP was the company’s first automobile.

Despite its success, Alfa Romeo has faced several challenges, according to Rewind & Capture. The company’s ownership has changed several times over the years, and it has struggled to maintain a consistent level of profitability. When Fiat acquired Alfa Romeo in the early 2000s, the company’s financial situation improved, allowing it to refocus on producing high-quality automobiles for motorsport.

The first Alfa Romeo was the 24 HP 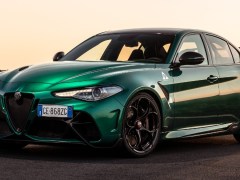 Why Should You Fall in Love With the Alfa Romeo Giulia GTAm?

According to Alfa Romeo, Merosi, a seasoned auto engineer who had previously worked for companies such as Bianchi and Fiat, designed the 24 HP, the first car to leave Alfa’s brand-new Portello assembly line in Milan, Italy. The term “Alfa 24 HP” refers to the vehicle’s actual power, which is determined by the engine size and a number of other factors, as well as the tax horsepower.

Merosi built a straight chassis with leaf springs and solid axles at the front and back using his prior knowledge. Because he recognized the importance of racing, he was able to persuade the ALFA management to enter it into a race in 1911. When the car was spotted, orders for the ALFA 24 HP began to pour in.

The 4.2-liter vehicle with a top speed of 110 kilometers per hour (kph) eventually gained notoriety. More than 200 Alfa Romeo chassis were built on the 24 HP model. Moreover, during World War I, the Italian Army’s top command chose it as their signature vehicle.