Consumer Reports is one of the most trusted car critics when it comes to car reliability, and this is because the site gets its reliability data straight from drivers themselves. The car critic has recently finished analyzing the data for the most recent model years of cars, and the results aren’t too surprising. Here’s a look at the seven least reliable car models right now.

As USA Today reported, Consumer Reports’ most recent reliability study showed that the Nissan Sentra is one of the least reliable options right now. The Sentra was known for being a reliable option, but its most recent model years have been the opposite. The Nissan sedan has had a lot of transmission troubles in recent years. Its issues have gotten so bad that the Sentra is no longer recommended by Consumer Reports.

6. The 2022 Ford Explorer continues its streak

In contrast, the Ford Explorer has been plagued by reliability issues for a long time, so it’s no surprise that it’s still one of the least reliable options. That being said, Ford gave the SUV a significant update for the 2020 model year, which seems to be an improvement over the prior model years. Its reliability, however, is still not great.

5. The 2022 Chevrolet Bolt has some infamous reliability problems

Many EVs didn’t do well in terms of reliability, but the Chevy Bolt beat them all as it had the most issues overall. The most infamous of these issues had to do with the Bolt’s battery catching on fire. Chevy has rolled out a fix to this problem, but the car still has other reliability issues that need addressing.

Although the Chevy Silverado and the GMC Sierra are technically two models, Chevy and GMC are both owned by GM, and the two trucks are practically identical. As a result, while they share some positive qualities, they also share some negative qualities, and this is true for their reliability ratings. Trucks, as a segment, are the least reliable segment, and these two full-size pickup trucks are some of the least reliable trucks right now.

3. The 2022 Jeep Gladiator has fallen from grace

It wasn’t that long ago that Consumer Reports wrote that the Jeep Gladiator was the most reliable Jeep the car critic had ever tested. Unfortunately, Jeep is not a reliable automaker, and the brand is actually in second to last place. On top of that, the Gladiator’s reliability seems to have gotten worse over the years, and it’s now one of the least reliable cars on the market.

2. The luxurious 2022 Mercedes-Benz GLE has lots of issues 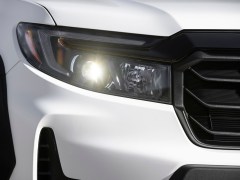 Only 1 Midsize Truck Is Rated Most Reliable and Safest, and It’s Not a Toyota 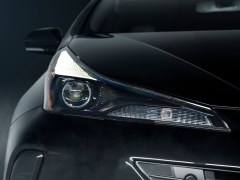 The least reliable brand overall is Mercedes-Benz, so it’s no surprise that the GLE did so poorly. However, unlike the other cars that made this list, the GLE is an expensive luxury SUV that starts at over $55,000. So, in addition to being unreliable, owners will likely have to pay a lot of money to fix their Mercedes.

1. The 2023 Jeep Wrangler is new but unreliable

The Jeep Wrangler has the distinction of being a 2023 model year instead of a 2022 model year, but despite being so new, it’s full of reliability problems. Indeed, those problems are so bad that they made the Wrangler the least reliable car on the market right now. This shouldn’t be a surprise, as the legendary Jeep SUV has had poor reliability scores for the last few years.