Even if it’s been a while since you have taken your driving test, you’re likely familiar with your state’s law and the rules of the road. In that case, you should be safe from getting a ticket, right? Think again. Even though you may be able to drive on autopilot everywhere you go, it doesn’t mean you won’t get pulled over and receive a ticket for something. Here are five weird ways that you would get a ticket.

1. Distracted driving laws that you might not know about

It’s hard to know the state laws when you’re visiting and driving around. For this reason, you could easily get pulled over and handed a ticket.

2. You’re suspected of driving under the influence

Have you ever driven while tired? If so, chances are that your car has swayed a little while you casually drifted off for a second. Not only are those little swerves dangerous, but if a cop sees you do that, you could get pulled over. Although you may not be drunk, driving while tired can be seen as a hazard in some states, and you could get a ticket for it.

4. Common rules of the road

Common rules, like waiting for pedestrians to cross the street or passing bikes at a certain distance, can differ from state to state. Do you know the driving rules in your state? If not, you could easily get pulled over and ticketed for a small law you are unaware of – like making a right turn in a pedestrian’s path as they walk on a crosswalk.

5. Leaving the scene of an accident 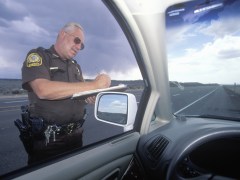 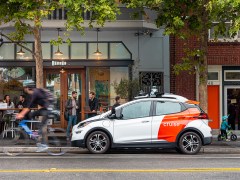 Watch This Self-Driving Car Get Pulled Over by California Police

Were you involved in an accident and then fled the scene? Or did you witness and drive away? If you said yes to either of these questions, you could face the consequences, including a hefty fine, if the authorities catch you. If you get into an accident, remember to wait for the police to arrive so you can make your statement.

Weird ways that you can get a ticket when driving

Whether you think you’re obeying traffic rules or not, you may want to double-check your state’s rules of the road. Those little things that you do when driving could inevitably get you pulled over, and you may receive a ticket for something you never thought of.