Used car prices have been elevated for the past two years, but the good news is that they are on the decline. According to a recent study conducted by iSeeCars, “used car prices fell by 2% in November, followed by a 3% drop in December.” That may not sound like much, but in the grand scope of the market, it’s a sizeable difference. To look at the price reductions on a more granular level, here are five used cars with the largest price drops.

The Toyota RAV4 is one of the most legendary stalwarts in the crossover category. It offers buyers a comfortable ride, a choice of fuel-efficient powertrains, and all-wheel drive capability for tougher roads and trails. It’s no wonder, then, that the demand for the RAV4 has remained high despite the price hikes.

Fortunately, the average used car price for a RAV4 saw an 8.9% drop from September to December last year, which equated to a price of $28,383 as of last month, according to iSeeCars. That’s great news for anyone looking to get into Toyota’s most popular SUV.

The Hyundai Ioniq Hybrid is a great alternative to a mileage champion like the Toyota Prius. Car and Driver notes that the Ioniq is “perfect for folks who want a hybrid or plug-in hybrid hatchback that doesn’t call attention to itself and drives like a regular car.” Of course, buyers can expect to get around 50 mpg on average with the Ioniq Hybrid.

They can also expect to pay an average price of $20,542 as of last month. According to the data from iSeeCars, the Ioniq’s average price dropped by 11% from September to December, which is a massive difference.

There’s almost no other sports car more iconic than the Ford Mustang. This American muscle car gives buyers a choice between a fuel-efficient yet powerful turbocharged four-cylinder and a potent V8 engine. Additionally, this power can be had at a fair price.

The data shows that the average price of a Ford Mustang fell by 11.5% in the last quarter. That means that buyers can expect to see an average cost of $26,852 when shopping for a Mustang.

The Nissan Kicks is a small SUV that provides excellent road manners and a fuel-efficient 122-hp engine. It’s also filled with tech-savvy features like an 8-inch touchscreen and adaptive cruise control, in addition to ample cargo and storage spaces. Did we mention that it’s cheap?

As of the end of last year, the Nissan Kicks held an average price of $20,046, which is down by 11.9% from September 2022. There’s nothing wrong with a fuel-saving small SUV that will save you money at the dealer as well. 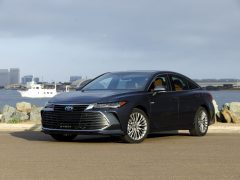 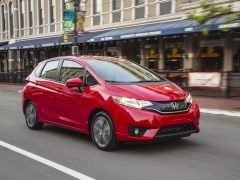 Tesla price cuts across the board have been the talk of the automotive world lately. A decrease in demand has led to a decrease in overall prices. One such Tesla is the Model 3, which provides buyers a gateway into electric car ownership in addition to all kinds of advanced technological features.

iSeeCars found that the prices for the Tesla Model 3 dropped by 16.8% in the final quarter of last year. That means prospective buyers can expect to pay around $43,817 for one. That may seem high for an entry-level electric car, but that price is better than it was in the last couple of years.

“The pricing shifts since September show which models have taken the biggest hit in recent months, such as the Tesla Model 3 losing nearly 17 percent of its value, and the Nissan Kicks, Ford Mustang, and Hyundai Ioniq Hybrid all down over 10 percent.”

The five used cars with the largest price drops

Used car prices have been slightly elevated over the past couple of years; however, prospective buyers can now breathe a sigh of relief. Although the price drops seem small across the board, the savings can be seen in certain high-interest models. Some of those models are the five used cars listed here, so if buyers are looking for the best deals, these models are a great place to start.