Drifting is one of the most popular and exciting motorsports you can ever participate in. The only issue is that most common cars that drift enthusiasts like to use are becoming more expensive every year. Gone are the days when you could buy a Nissan 240SX for less than $10,000, and you’ll be lucky if you can find a non-chopped-up Mazda RX-7 anywhere.

Fortunately, there are plenty of other rear-drive cars on the market that could make excellent drift cars with a little creativity. Here are five of the most unsuspecting cars that could be great for going sideways.

The guys at Donut Media figured out that the 1997 Ford Thunderbird could make for a good drift car. Why? How? We know; we were wondering that too. Fortunately, they brought up the fact that the MN12 chassis, on which the Thunderbird was based, came equipped with an independent rear differential.

Buyers even had a choice between two different V8 engines and a supercharged V6. Nowadays, you can find these cars for cheap, and if you want to go sideways on a budget, a Ford Thunderbird could be the unique answer.

Does drifting in a midsize luxury sedan sound weird to you? If so, you may want to stay away from modifying a 2004 BMW 5 Series. If that sounds like an excellent idea to you, then you’ll enjoy the rawness that this German sedan has to offer. This vintage of the 5 Series came with either an inline-six or an M62 V8, which sounds fantastic. Additionally, the 5 Series has an extended wheelbase for more controlled slides and a near 50:50 distribution.

Love it or hate it, the Porsche 944 has all the makings of a good drift car. It has an engine up front, a rear-wheel drivetrain, and a 50:50 weight distribution. Although it only had 150 hp and a five-speed manual transmission, which is weak and archaic compared to modern sports cars, the 944 could easily be a great starter drift car.

With the Chrysler Crossfire, you’re not only getting a decent drift car, but you’re also getting a Mercedes-Benz. That’s right, this little retro coupe came out when Mercedes-Benz owned Chrysler, so it shares much of its underpinning with the SLK. That includes its 250-hp V6, a six-speed manual transmission, and some suspension bits. The best part is that Crossfires sells for around $5,000 nationwide. 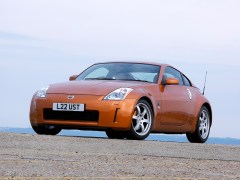 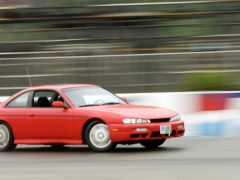 Drifting in Your Dreams? Here Are 5 Affordable Cars to Get Into Drifting

The Infiniti J30 is definitely a car that no one would expect to drift. It’s weird-looking, it’s a sedan, and it only came with an automatic transmission. That all may be true, but consider that the J30 also came with a 210-hp V6 engine, which was similar to the one found in the 300ZX.

That means that it could have the same tuning potential as that popular sports car. Also, a manual transmission swap is possible with enough money, time, and effort. Don’t count it out; the Infiniti J30 could be a really good drift car.

The most unsuspecting drift cars

Most drifting enthusiasts likely only think of cars like the Mazda RX-7 or Miata when considering a race car. However, one of these five unsuspecting cars could do the trick. They may be weird, but at least they’re cheap and unique.