There’s always a chance you’ll need to sell your vehicle after a few years. For whatever reason, a car with a low resale value won’t be much use. As such, it’s important to consider the resale values in every car buying process, and models from these five brands are likely to get you most of your money back when you sell them.

On average, Subaru has the best value retention of any brand, according to CardEdge, with most of its vehicles retaining much of their value at the three-, five-, and seven-year marks. In fact, you can recover between 75% and 80% of your Subaru’s initial cost after five years. This drops to between 63% and 72% at seven years, depending on the model.

The models with the best value retention are the Subaru Impreza and the Subaru Crosstrek, both of which are built on the Subaru Global Platform. They’re almost identical, but the Crosstrek has more ground clearance making it a compact crossover SUV.

You can get up to 82% of your money back by selling the Crosstrek after five years, while the Impreza will get you 81% of the initial cost. The two cars retain roughly 67% and 69% of their original value at seven years, respectively.

Toyota comes in a close second, with most Japanese automaker’s cars holding well over 70% of their value at five years. Two models picked randomly, the Toyota Land Cruiser and Toyota Corolla, can get you 77.87% and 79% of your money back. 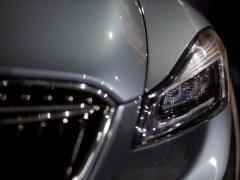 The Brand With the Worst Resale Value May Surprise You

Being the only non-Asian automaker in the top five, Volkswagen is a bit of an oddity.

Nevertheless, if you’re a Volkswagen owner, you can get 71%-84% of your money back after five years. The Volkswagen Passat, Volkswagen Jetta, and Volkswagen Arteon offer the best resale values at 83.26%.

The Volkswagen Tiguan and Volkswagen Atlas are tied as the worst value retainers of the lot at 71.82%.

Honda cars also retain their value relatively well compared to the competition. The only exception is the Honda Insight which depreciates by 52.36% in five years. Most other models hold between 71% and 80% of their value in the same period.

Also, outliers like the Honda CR-V, Honda Clarity, and Honda Civic hold more than 80% of their value even at the five-year mark. The Honda Civic is the most impressive model so far, given you can get back up to 84% of your money back.

The average value retention rate for Mazda vehicles after five years is 76.98%, and while sports cars aren’t known for their high resale values, the Mazda MX-5 Miata is different. It retains over 80% of its resale value, putting it among the top 20 cars with the highest resale values.

Other models in the lineup, e.g., the Mazda 3, Mazda 6, and Mazda CX-5, also allow you to recover over 70% of the purchase price after five years. Mazda’s biggest SUV, the Mazda CX-9, doesn’t hold its value as well but still allows you to recover close to 70% of your money for that cash emergency or to put toward that new car fund.