Lexus has always been known for producing some of the most reliable luxury cars in the market. Many used Lexus owners have enjoyed thousands of miles of dependable motoring over the past 20 years. Some used Lexus examples have even hit over one million miles! In case you’re in the market for a good used car, here are five Lexus models that are worth checking out.

The 2015 Lexus GS has excellent safety and reliability ratings, which is why it landed on the top of the list of the best luxury midsize cars, according to U.S. News. The Lexus GS has everything you would need in a luxury sedan, including a powerful engine, athletic handling, and a spacious interior that’s filled with soft-touch materials. Under its hood is a 3.5-liter V6 that produces 306 hp, and its available all-wheel drive system means that it’s easy to drive in the snow.

On the inside, the Lexus GS is equipped with leather upholstery, 8-way power seats, a moonroof, and a 12-speaker premium sound system. There’s also an 8-inch infotainment display, but you’ll have to use the Lexus Remote Touch controller to use it.

A search on Car Complaints, which is a site where used car owners file complaints about their cars, reveals that the 2016 Lexus RX 350 model year has the fewest complaints. Most of the complaints are regarding interior accessory issues as opposed to engine issues, which is a good thing.

Furthermore, the 2016 Lexus RX remains a great buy not only for its reliability but also for its sharp handling, cozy interior, and plush ride. It’s safe, too, as the IIHS awarded the highly coveted Top Safety Pick + award in 2016.

The 2017 Lexus ES received a 4.5 out of 5 for predicted reliability from J.D. Power, and there are plenty of current owners that have enjoyed years of trouble-free driving. In addition to its relentless reliability, the 2017 ES provides plenty of room for up to five passengers, has a soft ride, and plenty of luxury features. Some of them include leather upholstery, power seats, and a premium Bose audio system. If you’re looking for a solid ride that will last for years, the Lexus ES is a great choice.

The editors at U.S. News gave the 2016 Lexus IS the top spot in their luxury small car class. According to the publication, “The IS stands out thanks to its balanced ride, high-end cabin, and wealth of features.” Some of those standard features include dual-zone climate control, a 7-inch display, two USB ports, and 8-way power front seats. 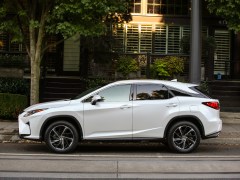 The Best Used Lexus RX SUV Years: Models to Hunt for and 1 to Avoid 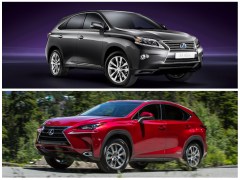 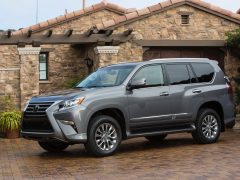 The Best Used Lexus SUVs According to Consumer Reports

The Lexus CT Hybrid boasts an excellent array of safety features, top-notch fuel-economy figures, and stellar reliability ratings. Best of all, it’s a hybrid. The CT Hybrid is powered by a four-cylinder engine paired with two electric motors for a total power output of 134. But power isn’t its strong suit. The CT is able to get up to 43 mpg in the city and 40 mpg on the highway. As for reliability, the Lexus CT Hybrid was the only car in its class to get a 5 out of 5 on J.D. Power’s reliability scale.

Lexus has always been known for producing some of the most reliable luxury crossovers and sedans in the market. If you’re looking for a reliable used Lexus, start with one of these five examples, you won’t be disappointed.