Shopping for a used SUV with a budget of $10,000 isn’t easy as prices for new models continue to climb, and the best brands tend to retain long-term value. However, you can still score some good deals by researching the most reliable SUV models and extending your search to some older models. So, what are the top five most reliable used SUVs for under $10,000?

The top five most reliable used SUVs under $10,000

U.S. News recently published a list of reliable SUVs priced under $10,000. While not every variation of every model is under the $10K cap, it is possible to find some options under the nameplate that are. We’ll take the top five from that list and provide more details on each to help you narrow down which model is best for you.

The 2010 Honda CR-V is a leader in the compact SUV class and has the highest possible reliability score. However, nine recalls for the 2010 CR-V range from airbag issues to transmission control modules to ignition circuit couplers. Recalls can occur for any vehicle, and while owners should address them, potential buyers should ensure the work is completed before or soon after purchase.

Although it may be hard to find under $10,000, the CR-V EX-L trim offers the best potential for some higher-end features that, at the time, were optional or unavailable on lower trim levels. For example, the EX-L came with automatic headlights, dual-zone automatic climate control, a leather-wrapped steering wheel, a full center console, leather upholstery, heated front seats, and a seven-speaker audio system. In contrast, the base LX model offered cloth upholstery and a four-speaker stereo with a built-in CD player, and the CR-V EX added a six-speaker audio system with an in-dash CD changer.

The 2009 Lexus RX 350 is another example of a reliable SUV that will have some models exceeding $10,000. U.S. News ranked the RX 350 on top of its list of 2009 Luxury Midsize SUVs thanks to its “especially well-made, upscale interior and a silky-smooth ride.” Although, if you’re shopping for a sporty SUV with three rows of seats, you’ll need to look at the RX 350’s competition.

However, if you desire comfort and high quality, a base-equipped model should be on your list to test drive. Base models include a power liftgate, power front seats, dual-zone climate control, and reclining rear seats. Popular options include leather seats, a sunroof, in-dash navigation, an upgraded stereo, and a backup camera.

Another 2009 model year SUV with a perfect reliability score is the 2009 Saturn Outlook. The eight-passenger Outlook comes in well under the $10,000 cap and boasts finishing in the top spot of the U.S. News affordable midsize SUV list for 2009. However, there are seven active recalls, including issues with the rear liftgate struts, seatbelts, airbags, and the heated windshield washer module.

General Motors positioned the Saturn brand at the bottom of its lineup, but the Outlook shared engineering with more upscale SUVs like the Chevrolet Traverse, GMC Acadia, and Buick Enclave. For the 2009 model year, the Outlook featured the XE and XR trims in either front- or all-wheel drive. Either combination offers a “comfortable, smooth ride,” but the XR trim offers the most luxury with dual-zone automatic climate control, leather upholstery, and wood-grain trim.

The 2007 Infiniti FX comes in a base trim FX35 and a more upscale FX45 trim. The FX35 offers a choice of rear-wheel drive or all-wheel drive (AWD), but the FX45 is only available with AWD. Either trim combines distinctive SUV styling with “the light and nimble handling of a sports sedan.”

The newly redesigned (at the time) 2011 Kia Sportage is the newest SUV on our list and another with a perfect reliability score. Most 2011 Sportage models will fall under $10,000, but some higher-end models may exceed that price. Five recalls include leaking oil and fuel systems issues, engine bearing wear, and brake light switch failure.

2011 Kia Sportage drivetrain options include front- or all-wheel drive equipped with either a manual or automatic transmission. U.S. News says reviewers found the 2011 Sportage’s interior roomy but included “too many hard plastic surfaces.” They also felt the seats were too firm and the back seat cramped. While the 2011 Sportage isn’t comfortable enough to qualify for luxury SUV status, it is a reliable, economical compact SUV with above-average safety ratings.

What are the best affordable SUVs to buy used? 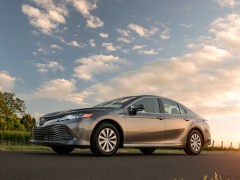 The Toyota Camry Is the Least Affordable Used Car to Buy in Alabama, According to iSeeCars

It’s hard to rule out the 2010 Honda CR-V as the best cheap SUV to buy used, especially if you can negotiate a reasonable price for a lower-mileage EX-L model. However, the 2009 Saturn Outlook is the least expensive option if you don’t mind a no-frills SUV and need seating for eight. The 2009 Lexus RX 350 offers the most satisfying interior, and the 2007 Infiniti FX is most likely to please the driving enthusiasts in the crowd. Ultimately, there isn’t a bad choice on this list as long as you do your due diligence on any particular SUV before buying.