Older Ferraris are known to be unreliable. However, not all cars that don the Prancing Horse emblem are going to break down at any second. And although repairs and maintenance can cost an arm and leg, the driving experience is worth the cost. In case you’re in the market for a reliable used Ferrari, you may want to consider the following five models.

The 360 Modena’s engine was paired could be paired with either a 6-speed manual transmission or an F1-inspired electrohydraulic-actuated automatic transmission. Of course, the former was the preferred choice.

The Ferrari F430 replaced the 360 Modena. It was fitted with a mid-mounted 4.3-liter V8 engine that was not only powerful with its 490 hp, but it was also reliable and cheaper to service. Vehicle Help notes that the F430’s engine did not need a timing belt and the most common complaint engine-wise is the exhaust manifolds cracking. That’s still a cost repair, but it doesn’t happen every day. 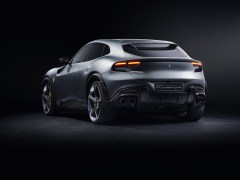 Does the New Ferrari Pursosangue SUV Actually Make Sense as an SUV? 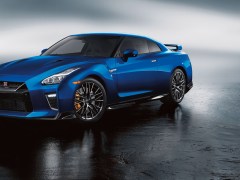 Is an R35 Nissan GT-R Faster Than a Ferrari?

The Ferrari SF90 Stradale is one of the most powerful hybrid cars that you can buy. It’s powered by a 4.0-liter turbocharged, mid-mounted V8 engine that’s paired with a trio of electric motors. Altogether, the powertrain setup puts out a staggering 986 hp. That’s impressive. But what’s even more impressive is that the SF90 Stradale hasn’t had any recalls, and you’ll have a hard time finding any reliability issues as well.

The five most reliable Ferrari models

Although Ferraris have never been known for being reliable, that doesn’t mean that all of them are unreliable. If you’re in the market for an older Ferrari, check out one of these models (if you can afford one). Not only will you not be disappointed, but you’ll also enjoy years of reliable driving in one of the most exclusive and well-engineered sports cars.