Over the past decade, many automakers have set out to produce cars with the most horsepower or the highest top speed. Nowadays, it’s not uncommon for sports cars to hit 200 mph or make 700 hp. However, some brands, like Toyota, have never been known for setting out to achieve these types of goals.

But did you know that Toyota has built some fast cars in the past? It sure has. Here are five of the fastest models ever built by the Japanese automaker.

It’s no secret that the Supra Twin Turbo is easily one of the most popular sought-after Toyotas in the market. Why? Not only does it look cool, but it’s fast. Hot Cars reports that when it produced the fourth-generation Supra in the early 90s, Toyota was taxed according to the engine’s displacement, so the automaker put two turbos in the car.

With those force-feeding snails, the Supra can make plenty of power with some aftermarket modifications. However, in stock form, it can still get up to 155 mph.

Toyota brought back the Supra nameplate in 2019. Instead of a twin-turbo powerplant like the one in the last iteration, this new MKV Supra is powered by a duo of BMW-sourced engines. One is a turbocharged 2.0-liter engine, and the other is a turbocharged 3.0-liter V6.

The latter engine is capable of churning out 382 hp; however, many tuners have pushed more power out of it. Regardless, in its stock form, this new version of the Supra is able to get up to 155 mph.

Yes, the LC 500 is a Lexus, but it’s still built by Toyota. We have a soft spot for this car, which is why we gave it our inaugural “Best Driving Experience of the Year” award. Not only does it have an eye-catching design, but under its hood is a 5.0-liter V8 engine that pumps out over 400 hp. With that power, this fantastic supercar can easily get up to 158 mph quickly.

The Lexus LFA may not have been on the market for long, but it was still quite the exotic car when it was around. The entire car was built from carbon fiber and featured all kinds of high-tech goodies. The most important one lay under the hood in the form of a high-revving 4.8-liter V10 engine. That engine put out 553 hp and 354 lb-ft of torque, which equated to a 3.7 zero to 62 mph time and a top speed of 202 mph. Not bad for a Toyota. 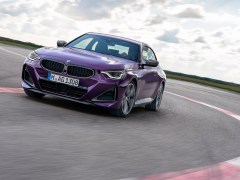 Want a Faster Car Than the Toyota GR Supra 3.0? Try This Coupe 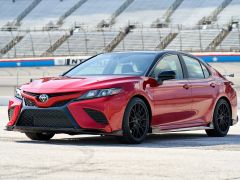 What Is the Fastest 2022 Toyota Camry Trim Level?

While the Toyota GT-One was not a street-legal car, it was still built by the Japanese automaker. Hot Cars reports that Toyota built the GT-One to compete in the 1992 24 Hours of Le Mans race. In order for the brand to participate, the FIA rules required it to build a road-legal car with minimal differences from the race car.

What resulted was a prototype homologation car that produced a whopping 550 hp in street trim out of a twin-turbo 3.6-liter V8 engine. For reference, the race car made 600 hp. Either way, this one-off car was able to hit 236 mph, making it the fastest Toyota ever built.

Although Toyota is more known for building soft sedans and reliable crossovers as opposed to producing all-out race cars, it can still build a fast car. These five cars are a testament to that fact, and although they can’t hit 300 mph, they are still really fast in their own right.