Celebrities are normal people that drive cars, but their cars are typically anything but normal. Well, the cars are technically normal, but they cost a lot more than the Honda Civic sitting in your garage. If you’re the type that likes to live vicariously, check out these five cool cars that a few of your favorite A-list celebrities drive.

Could you imagine Hannibal Lecter driving around in a Porsche 911 Targa? According to Investing.com, the A-list actor could be seen zipping around in his cobalt blue 911 in the early 2000s. We don’t know if he still has the sports coupe, which is valued at $143,000. But if he doesn’t, we’re sure he owns something just as cool, if not better.

Everyone knows that Jay Leno is a supercar collector. He currently owns 136 different cars and works on most, if not all, of them himself. It’s no surprise, then, that he has been spotted driving around his Mercedes-Benz 300SL Gullwing Coupe, that’s valued at $1.8 million. Yes, that’s an expensive car, but it’s only one of the many that he owns, which includes a 1927 Ford Model T and a 1932 Duesenberg, to name a couple of rarities.

The Bugatti Veyron is one of the most expensive and rarest cars on the planet. The base model, in 2011, retailed for a cool $1.7 million, with more exclusive versions costing around $20 million. What makes it so special? It has a W16 engine that produces 1,001 hp and 922 lb-ft of torque.

According to Car and Driver’s testing, the Veyron was able to hit 60 mph from a standstill in 2.5 seconds and 200 mph in 25.5 seconds. It also has a top speed of 253 mph, which could be why a super action star like Tom Cruise owns one.

What do you get when you cross a Mercedes-Benz G-Wagen with a truck? You get a Mercedes-Maybach G 650 Landaulet. However, as unflattering as that mix breeding analogy sounds, the G 650 Landaulet is actually an extremely rare SUV. At one time, Drake owned possibly the only one in North America – which means he owned one of the 99 ever made.

This unique SUV is powered by a 621-hp engine, and it has all of the bells and whistles you could imagine, including heated/cooled cupholders, a drop-top, and a divider to separate the front and rear rows. Let’s not forget that it also costs over $1 million. 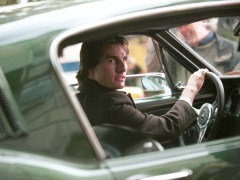 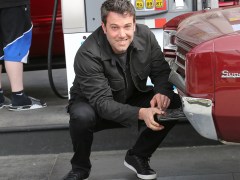 It has been reported that Jennifer Lopez had not driven a car in 25 years when he fiancé Alex Rodriguez gifted her a Porsche 911 Carrera GTS for her 50th birthday. That’s quite the milestone and quite the car to celebrate with. We’re sure that “Jenny from the block” doesn’t mind taking a spin around the block in her $146,000 Porsche from time to time.

Celebrities and their cars

There are plenty of A-list actors and celebrities that drive all kinds of fancy cars. However, these are five of the most popular. And while you might not be able to afford the precious metal that these folks have sitting in their collections, you can at least fake it until you make it by renting a Porsche on Turo.