How long will it be until you’re driving an electric car? Some of you already took the plunge and have an EV plugged into a home charging port. Others might have a partially-electric hybrid or PHEV vehicle, while still others still drive gas-powered cars. With more states outlawing gas and diesel vehicle sales in the future, more drivers will find their way behind the wheel of electric vehicles sooner than expected. With that in mind, let’s examine some reasons on both sides of the conversation.

Pro: An electric car can be incredibly quick

If you’re tired of sluggish acceleration, turbo lag, and diesel drag, electric vehicles have the answer to this problem. Although EVs are much heavier than their gas-powered counterparts, they are much faster. The Rivian R1T can rocket to 60 mph in only three seconds even though it weighs more than 7,000 pounds.

Con: Replacing batteries can be expensive in an electric car

Even the best electric car will need a new battery after approximately ten or twelve years of driving according to Car and Driver. Some battery packs can last longer, but not by much. This could be troublesome if you’re a consumer who typically cares for and keeps your vehicle for many years. The battery life also means we might not see many electric vehicles in the pre-owned market once they reach seven or more years of age.

Pro: Clean driving will become your lifestyle in an EV

Electric vehicles offer no tailpipe emissions, which makes driving these cars much cleaner than gas-powered models. The argument of mining materials becomes immaterial after an EV has been on the road for about two years. Although many power plants still burn fossil fuels to create electric energy, the environmental benefit is much greater when driving an electric car.

Until recently, automakers depended on consumers to charge their electric vehicles using a home charging port. Of course, it was only a few years ago when EVs could only drive up to 100 miles on a charge. Now, we have EVs that can drive more than three times this amount and require frequent charging when used as the primary vehicle. The infrastructure of charging stations is growing, but it still isn’t where it should be for the number of EVs heading to the road soon.

Electric motors have fewer moving parts than gas-powered engines. This means fewer maintenance visits and longer intervals between maintenance needs. Some of the consumable items of an EV wear down slower than in an internal combustion vehicle. An example of this is the brakes of an EV versus a gas car. EVs use regenerative braking to recapture some energy while braking. This puts less stress on the mechanical brakes, making them last much longer than in a gas-powered vehicle.

Con: Towing is more troublesome with an electric vehicle

Driving an electric car has expanded from the small and ugly to the incredibly luxurious. Somewhere in the range are electric pickup trucks. These trucks can tow heavy loads, but those loads reduce the driving range significantly compared to gas or diesel-powered trucks. The challenge is doubled when considering the time it takes to recharge the batteries of an EV truck versus refueling with gas or diesel.

Regardless of where you stand in the electric car conversation, there are some distinct benefits to driving them and some benefits to sticking with a gas-powered vehicle.

Next, check out some advancements being made in electric car charging technology, or learn more about the pros and cons of driving an electric car in this video below: 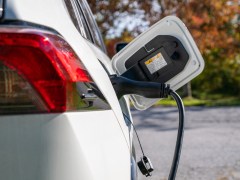 EV Charging Stations Need to Be Faster and More Plentiful