Buying a used car today is not for the faint of heart (or wallet). The semiconductor chip shortage slowed new car production so much that used cars became in high demand; used cars were selling for more than the MSRP of a new model. Despite that foolishness, good used car buying practices are still as wise as they ever were. That said, here are three reasons why buying a five-year-old used car is the best way to go.

When it comes to buying a used car, the bottom line for most of us is budget. Buying a used car that’s five years old is a great way to get a model that’s fairly modern with paying the premium. Consumer Reports shows that after five years, most cars have experienced the majority of their new car depreciation. This means that you can buy a newer used car without taking a massive hit by putting 30,000 miles on it.

This advice is extra pertinent these days since so many newer models like the Ford Bronco or C8 Corvette are extremely competitive on the market. These two models and many others were highly anticipated before the factories couldn’t meet production expectations. This lack of inventory made the value of new and used models skyrocket. However, buying a used car that’s five years old allows you to skip all the drama. Let the rich people fight over a used Bronco for $20k over MSRP.

Is a five-year-old car too old to buy?

2018 was five years ago. Look at most 2018 model vehicles and ask yourself if it feels outdated. Unless it’s a Toyota Tundra or Tacoma, it probably will feel pretty comparable to a 2022 model in most cases.

This is why we suggest buying a used car that’s only five years old. In most cases, you get most of the features you expect from a new car. Granted, there will be some cutting-edge features that you may not get. However, those sorts of features are few and far between.

It also happens that 2018 is a decent year for many carmakers. The economy was healthy, there were no production shortages, and plenty of modern car models came out around then.

The first ding is the hardest 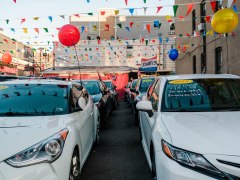 Here’s Some Good News For Used Car Prices in 2023 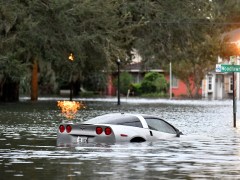 WHile no one likes denting or scratching their car, it does go down a little easier if there is already one ding to start. This is a generalization, of course, but it’s reasonable to assume that after five years, most cars will catch a blow from something. Even if it didn’t catch a runaway shopping cart in the grocery store parking lot if it’s got 30,000 miles, the wear and tear alone is likely to show somewhere.

We only say this to say, owning a car becomes a lot more fun when you feel comfortable in and around it. If you like to modify cars or trucks, cutting, splicing, replacing, etc., brand-new parts can be painful or feel wasteful. On a five-year-old car replacing bits and bobs feels valuable.

You should look for a 2018 model used car

2018 just happens to be the model year from five years ago. This principle will still be a wise way to buy used cars five years from now. That is if the used car market has chilled out by then.