Finding an off-road SUV can feel like quite an expensive task. Usually, vehicles that are capable come with a higher price tag, especially if they are sought-after. But getting into the 4×4 hobby doesn’t have to break the bank if you know where to look. And that is where these SUVs for less than $10,000 come in.

The Nissan Xterra has always been somewhat of a sleeper in terms of being an off-road SUV. It was first introduced back in 1999, and it shares a lot of its DNA with the Nissan Frontier. Xterra models from the second generation will likely cost over $10,000, but you can always look to the first-gen Xterra.

The first generation of the Nissan Xterra was around from 1999 until 2004. And the good news is that you can find one with a V6 engine. The 3.3-liter V6 in the Xterra makes between 170 horsepower and 210 hp, making it fairly potent for a vehicle of this size.

The good news about this SUV is that there is a pretty solid aftermarket community. And because it is older, most problems probably have solutions that have been figured out. So, if you want an off-road SUV for less than $10k, the Xterra could be a good place to start.

When it comes to Jeep, you might expect to pay a bit of a premium. And that is true for models like the Wrangler or XJ. But there is one Jeep SUV that has managed to avoid popularity, and that is the Grand Cherokee WJ.

The WJ is the second generation of Grand Cherokee, and it is somewhat underrated. It offers an array of engine options, but the 4.0-liter AMC 242 inline-six is decent enough without having to pay extra for the V8.

Multiple four-wheel drive systems were offered to the WJ. Plus, you can find a fairly clean model for less than $10,000. Personally, I would not be surprised if, in the future, the Grand Cherokee WJ becomes more popular. Especially as folks get priced out of other off-road SUVs.

Sure, Isuzu might not be selling cars in the United States anymore. But, the Isuzu Trooper is an off-road SUV with legitimate chops. According to MotorTrend, it can even be seen as a Land Cruiser alternative.

The main issue facing the Trooper is finding one in good condition. To be frank, most of these SUVs were really put through the wringer. The best move is to go for the cleanest Trooper that you can afford. But there is a good chance that an Isuzu Trooper will be more of a project car than the Grand Cherokee WJ and Nissan Xterra. 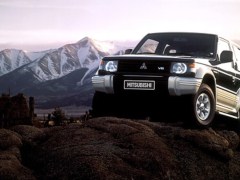 There is a vast network of online forums out there that are dedicated to the Trooper. And that should help you find the right off-road SUV for your specific needs. Plus, you can get a good idea of what the common issues are that this vehicle faces.