Ever thought of how many miles your car can last? Today, automakers are building cars that can last as long as 230,000 miles or more with proper routine care. Hybrids, in particular, have been the talk of the town when it comes to reliability, especially Toyota hybrids. Recently, iSeeCars conducted a study that revealed 20 models with the greatest potential lifespan. Out of those 20 models, Toyota hybrids occupied three positions! Here’s a closer look at those Toyotas that made a list.

The Toyota Prius is unarguably one of the most popular hybrid models, and for a good reason. It was the first mass-produced hybrid car that became a worldwide success and has been around for two decades. Its outstanding reliability and efficiency are reasons it has been able to stay relevant for a long time.

The Toyota Prius also packs several powertrain warranty options, either 100,000 miles or eight years, depending on hybrid parts. Its battery packs are solid and long-lasting, backed by a 10-year/150,000-mile warranty.

Proper routine care and regular maintenance are crucial to ensure it reaches its potential lifespan. It is much easier to exceed the 200,000 miles mark with a Toyota Prius. According to the iSeeCars report, the Toyota Prius has a potential lifespan of 250,601 miles, making it one of the most durable hybrids. Additionally, about 13.7% of Prius owners keep the car for 15+ years, which is 2.2 times more than the average car.

The Toyota Highlander Hybrid is a practical, reliable, and efficient family-friendly vehicle with plenty of power under the hood. It has been around for several years and was recently redesigned for 2020 with a new exterior and interior look, improved fuel economy, and new powertrain options.

With those warranties and proper routine maintenance, the Toyota Highlander Hybrid has a potential lifespan of 244,994 miles, according to the iSeeCars report. The same report indicates that 12.4% of Highlander Hybrid owners maintain ownership for over 15 years, twice as much as the average SUV. 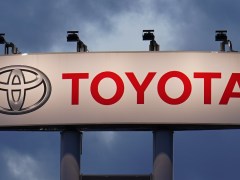 We can’t forget the reliable and efficient Toyota Camry Hybrid in our list of hybrids that last over 230,000 miles. The midsize Camry Hybrid has been around for five generations now. In 2021, the sedan was named the best resale value in its class by Kelley Blue Book. That means your Camry Hybrid will hold its value over time and look as good as new down the line.

According to CarEdge, the Toyota Camry hybrid has a depreciation rate of 24% over five years, meaning it retains 76% of its value during that period. That’s pretty impressive, considering how much hybrids often depreciate after a few years.

The Camry Hybrid offers a 2.5L four-cylinder engine combined with two electric motors that produce a total of 208 horsepower and is paired to an electronically controlled continuously variable transmission (CVT). Like the two Hybrids mentioned above, Toyota provides great warranty options for its hybrid components, including eight years/100,000 miles and 10 years/150,000 miles for its battery.

When it comes to lifespan, the Camry Hybrid shows an impressive potential of 230,547 miles, according to the iSeeCars report. Additionally, 8.5% of Camry Hybrid owners keep their car for 15+ years, 1.4 times more than the average sedan.