In the United States, SUVs have been quite a hot commodity for some time. Whether it be a full-size SUV or a compact crossover, Americans just can’t get enough of these vehicles. And as 2022 comes to an end, it’s time to list the top three best-selling SUVs. For the most part, the winners are not all that surprising. But they are worth taking a look at.

The Toyota RAV4 manages to take the cake for the best-selling SUV. It comes in a fairly likable package, plus it has perceived Toyota reliability. It’s actually the best-selling non-truck in the United States. And that is a testament to how much consumers like it.

One of the cool things about the RAV4 is the variety of configurations. One of these includes a plug-in hybrid system, so if you want a PHEV SUV, the RAV4 Prime might be it. So, what other SUVs managed to sell in 2022?

The Grand Cherokee is one of America’s most iconic SUVs. In 2022, Jeep was able to move 223,345 units, which is a fairly impressive number. A new generation was released for 2022, but sales did dip slightly from where they were in 2021.

The Jeep Grand Cherokee comes in multiple configurations. Some of these are tailored for off-road use, while others come with legitimate performance. You might think the Wrangler would be Jeep’s most popular SUV, but the Grand Cherokee takes that prize.

Often compared to the RAV4, the Honda CR-V has long been a Honda SUV. For 2022, Honda sold 238,155 CR-Vs, making it the second-best-selling SUV of the year. At the same time, sales dropped by nearly 35%, and that is a significant dip.

One contributing factor to the drop in sales might be the fact that the 2023 CR-V marks a new generation. Honda made some serious improvements to this model. And it’s entirely possible that some folks wanted to wait to upgrade until it was released.

Toyota is no stranger to being a successful automotive manufacturer. According to Motor1, almost 400,000 RAV4 SUVs were sold in 2022. That put it above the Toyota Camry and the Toyota Tacoma. 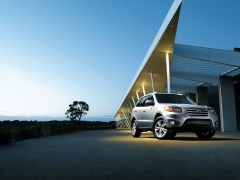 With the RAV4, you can get a range of standard and available features. Plus, this SUV is available in multiple trim levels. That might be why it is the best-selling SUV in the United States.

The Subaru Outback sold the fewest units in 2022. This Japanese automaker was only able to sell 147,262 models. That does seem surprisingly low, because it feels like you see Subaru Outbacks everywhere. Maybe that is just because this SUV looks fairly different from much of what is on the market.

Like most Subaru models, the Outback comes standard with all-wheel drive. It also offers some solid safety features. At the end of the day, that was not enough to help it compete with other SUVs like the CR-V or RAV4.