SUV popularity has grown steadily in the U.S. since the late 1990s, and now their sales are more than double those of smaller cars. Many automakers are even killing off some of their sedans to make room for the higher-selling hybrid SUVs to buy.

Compact hybrid SUV models are among those that have seen an uptick in manufacturing and sales figures, although finding the right one may prove a struggle. However, according to MotorTrend, these three are the best options to buy.

1. 2023 Toyota RAV4 Hybrid is an excellent hybrid SUV to buy

Toyota’s batch of hybrid options, including the PHEVs, are hugely popular in the car market, and for good reason. In the case of, the Toyota RAV4 Hybrid, it comes with an aggressive exterior that’s both angular and rugged-looking.

As for the powertrain, it incorporates dual electric motors alongside a 2.5L four-cylinder engine. There’s also the CVT transmission, with MotorTrend noting it offers smooth and responsive power when you put your foot on the throttle.

Inside the car, you find premium materials, not to mention lots of standard tech features, like wireless Android Auto and Apple CarPlay, streaming for Amazon Music and Apple Music, a cloud navigation system, and even Toyota Safety Sense 2.5.

However, what really pushes it to the top of MotorTrend’s rankings is the best in class acceleration and highway fuel economy. The four-cylinder engine plus dual electric motors combine for 219 hp and 163 lb-ft of torque, allowing the SUV to get from zero to 60 mph in just over seven seconds.

Regarding fuel economy, it offers 41 MPGe in the city and 38 MPGe on the highway.

With the 2023 Kia Sportage Hybrid, buyers get lots of value for their money. It’s fitted with a turbocharged 1.6L engine alongside a single motor, with the system combining to put out 227 hp and 258 lb-ft of torque.

One reason it makes it into the top three is how much technology is included. For instance, standard safety features include forward collision avoidance, lane keep assist, cyclist detection, and automatic high beams. There are also options like a blind spot view monitor, adaptive cruise control, rear cross-traffic collision avoidance, etc.

Fuel economy is particularly impressive for the FWD model at 42 MPGe in the city and 44 MPGe on the highway. However, if you pick the AWD model, it plays second fiddle to the RAV4 Hybrid at 38 MPGe in city driving and 38 MPGe on the highways. With the extra fuel economy, it’s capable of between 521 and 589 miles of range.

Another reason for its selection is the impressive exterior styling giving even the RAV4 Hybrid a run for its money. 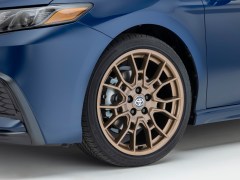 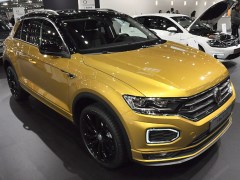 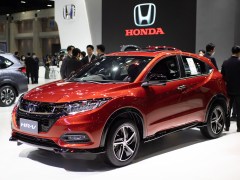 The 2022 Ford Escape Hybrid offers another high-tech option among the top three. This is thanks to Ford’s Co-Pilot360 suite of active safety features like automatic emergency braking, rear cross-traffic alert, automatic high beams, and blind-spot monitoring.

Exterior design is another strong suit, and although the interior material quality may feel subpar, passenger space is sufficient. Under the hood is a 2.5L four-cylinder engine alongside an electric motor that combines for 200 hp and 155 lb-ft of torque. They’re also paired with a CVT transmission.

One extra reason to pick the Escape Hybrid is the segment-best city fuel economy at 44 MPGe. On the highway, it drops to 37 MPGe, which is still hugely impressive.

Overall, the Toyota RAV4 Hybrid is like the jack of all trades in the segment with a great design, impressive fuel economy figures, excellent tech, and a comfortable, practical interior.

The Kia Sportage Hybrid may provide the best gas mileage and range, especially if you go for the FWD model. As such, it’s a decent choice if you frequently go on long trips and want to save on fuel.

With the Ford, you get an excellent daily driver for city commutes, great fuel economy, and as a bonus, lots of tech features.