We have all heard the phrase, “If it’s not broken, don’t fix it.” This phrase must have been the ethos that Nissan GT-R designers and engineers lived by for the past 15 years. We say that because the fabled supercar hasn’t changed much since its inception into the market back in 2009.

Nissan has not completely redesigned the GT-R during its lifetime. It has the same chassis, all-wheel drive system, and twin-turbo V6 engine that it always has. However, the Japanese automaker finally made one much-needed update to the GT-R for the 2024 model year. But is it enough of a change to make enthusiasts want to buy it over an older model?

What updates were made on the 2024 Nissan GT-R?

The most major change on the 2024 Nissan GT-R is a much-needed facelift. However, Nissan didn’t give the GT-R the Joan Rivers treatment; instead, it mainly gave it a nose job for a sleeker appearance while keeping the car’s tried-and-true overall look. Kelley Blue Book notes that the 2024 model has a smaller grille than the 2023 version, but the airflow remains the same thanks to a thinner mesh material.

The side profile of the car is virtually unchanged, as is the trunk lid. However, Nissan gave the rear bumper new character lines and designed it to give the car more downforce. The rear wing also helps with 10% of that greater downforce, thanks to more surface area.

Under the hood, the twin-turbocharged 3.8-liter V6 engine remains virtually unchanged. Again, don’t mess with something that’s not broken. As such, it puts out the same 565 hp and 467 lb-ft of torque that it has since the 2020 model year. The car’s Brembo brakes and adaptive suspension are untouched, and 20-inch lightweight RAYS wheels wrapped in Dunlop high-performance tires connect the car to the ground.

In addition to the few styling changes, the 2024 Nissan GT-R sees the return of the mid-level “T-Spec” trim. This trim level sits in between the base Premium model and the top-tier NISMO version, which comes with a limited-slip differential and 600 hp.

Is it better to buy a used Nissan GT-R? 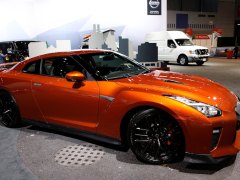 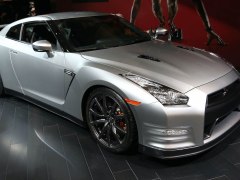 How Many Miles Will a Nissan GT-R Last?

Unless you must have the 2024 Nissan GT-R for its revised look or mid-tier trim level, we think that buying a used model could be a better choice. We don’t think there have been enough changes to warrant a spot on a waiting list for one of these cars, but it could be worth it for a hardcore GT-R enthusiast.

However, if you must have the newest Nissan GT-R on the block, this new 2024 version is the way to go. Just don’t expect your neighbors or car friends to notice anything different with it.