It’s time to get excited about the Kia EV9. It’s the first Kia flagship EV SUV, and it could be a game changer, especially for the Rivian R1S and Telsa Model X. The 2024 Kia EV6 is right around the corner, and here’s why that matters.

The 2024 Kia EV9 will be available during the second half of 2023, and we’re about to start the first half of the year! That means we could see the Kia EV9 debut any day now. The production-ready model will hit the stage during the first quarter of 2023.

According to Electrek, Kia is providing a few more teasers about the EV9 as testing wraps up. That means the new electric Kia SUV is almost ready for the streets. The 2023 Kia EV6 already had record-breaking sales in November, and now the party will keep on going.

The EV9 is a larger, three-row SUV, and it will ride on the Hyundai Motor Group E-GMP platform like the Hyundai Ioniq 5 and Kia EV6. These new SUVs are already crushing it with tons of awards, so the pressure for the EV9 is on.

The official figures for the 2024 Kia EV9 haven’t been released yet. But we do know that the EV9 seeks to set new standards for range. The Kia EV6 is rated to get an EPA-estimated 310 miles on a single charge, and the EV9 could go even further.

It has more space for batteries and could eclipse 350 miles. The Rivian R1S cranks out about 316 miles on a single charge. Kia has mentioned that the EV9 could reach 60 mph in under five seconds and have a 336 miles range.

That could be the figures for the standard model or the concept. The Kia EV6 uses a 77.6-kWh battery, and it’s not too far-fetched to expect the Kia EV9 to house something closer to 100 kWh.

The EV9 could start with rear-wheel drive and offer AWD on higher trim levels. AWD could be standard with the EV9 GT model.

Also, the 2024 EV9 will be able to charge on 350-kilowatt fast-charging stations. Charging times may vary, especially if the EV9 has different-sized battery packs available. The EV6 can go from a 10 to 80 percent charge in about 18 minutes.

How much will the Kia EV9 cost? 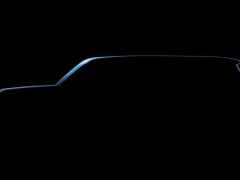 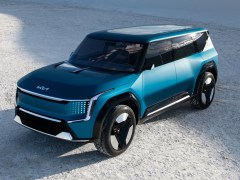 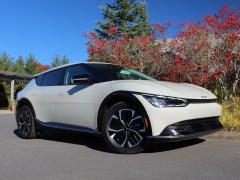 Plus, the 2024 EV6 could be loaded with premium features such as a 27.0-inch infotainment display and a massive panoramic roof. Also, the interior consists of fully recycled materials, including fish nets.

The 2024 Kia EV6 will be plush, could be affordable, and will be pretty fast. It may succeed in setting new standards.