Is the Crosstrek Hybrid a good car?

Consumer Reports found many things to love about the 2023 Subaru Crosstrek Hybrid. However, it only scored one point higher than the conventional Crosstrek and comes at a $7,350 premium. Let’s take a closer look at that.

What engine is in the 2023 Subaru Crosstrek Hybrid?

The hybrid model comes with a 148-hp 2.0-liter four-cylinder plug-in hybrid engine. While this engine is pretty efficient and can travel 17 miles on just battery power, it is pretty slow. Meanwhile, the conventional 2023 Crosstrek comes with a 2.5-liter four-pot making 182 hp and, again, only gets four mpg fewer than the Hybrid.

Consumer Reports notes that while you can drive up to 17 miles on only battery power in the Hybrid, keeping the gas engine from kicking on is tough. If you have a heavy foot at all, the Subaru will opt to use the gas. It also takes around 2 hours to charge the PHEV on a 240-volt charger and over five hours on a normal 110-volt charger. 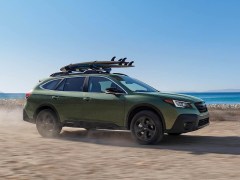 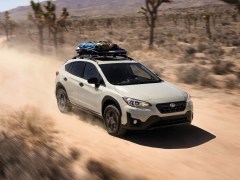 3 of the Coolest 2023 Subaru Crosstrek Features

Subaru isn’t exactly known for its fancy interiors. The brand pride itself on supporting a rugged, adventurous lifestyle for families. Those marketing words don’t often correspond with classy appointments. That said, the 2023 Subaru Crosstrek Hybrid only comes in the Limited trim, which is pretty high up on the trim list.

CR says the interior has a mix of soft-touch interior bits along with hard plastics. Some of the dash controls can come off as a bit cheap feeling and plasticy. The Limited trim does get leather upholstery, Bluetooth, navigation, heated seats, and an optional sunroof.

How safe is the Subaru Crosstrek?

Subaru is one of the safest carmakers on the road today. This is one of the most important factors that has led to the brand exploding over the past few years.