It seems like everything is going electric, but that’s fine for the Ram 1500. While critics and drivers gush over the Ford F-150 Lightning and Rivian R1T, the 2023 Ram 1500 maintains its composure as the best truck to buy.

Everywhere you look, there’s news about the Ford F-150 Lightning winning truck of the year and the Rivian R1T achieving high amounts of praise. But Consumer Reports feels a bit differently. The Ram 1500 ranks as the best full-size truck to buy again.

On the Consumer Reports list, the gas-powered Ram is the only truck that outranks the Ford F-150 Lightning and the Rivian R1T. The 2023 Toyota Tundra, Nissan Titan, Chevy Silverado, and Ford F-150 have lower scores.

Why does Ram outrank electric trucks?

It looks like Consumer Reports has more faith in the 2023 Ram 1500 because it has a higher predicted reliability ranking than the 2023 Ford F-150 Lightning and the 2023 Rivian R1T. The predicted score is based on problems reported in previous model years.

But the F-150 Lightning and R1T are still pretty new and need to be put through the paces. The scores for these electric trucks may be based on similar models in the lineup. Both are predicted to have a lower-than-average rating.

The Ram 1500 has a slightly above-average reliability ranking. The Tundra, F-150, Silverado, Titan, and Sierra each have a lower score.

The Ram 1500 also has an edge regarding ride quality and value. While electric rivals may be faster, smoother, and quieter, the Ram 1500 is by far the most comfortable gas-powered truck.

Will the Ram EV be the best electric truck? 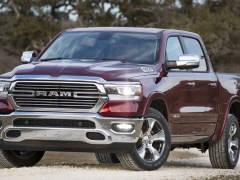 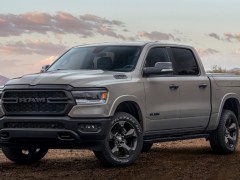 The 2023 Ram 1500 could help the 2024 Ram EV follow in its tracks to become the best-ranking truck. Rumors suggest that it could provide 500 miles of range, which would beat the R1T and F-150 Lightning.

Plus, the Ram BEV could have a range extender to help charge the batteries as needed. It could also provide more power while towing to help reduce range loss.

The Ram EV is late to the party by choice. The Ram Revolution helped people provide Stellantis with the features they actually want with an electric truck. Plus, Ram wanted to watch the competition to avoid making similar mistakes.

If the gas-powered Ram is the best, then the Ram EV could certainly be a top-ranking option. We just have to see what it can do first.