Does the Ford Bronco Sport get good gas mileage?

While gas prices have come down a bit since the summer, we all still remember the horrific prices that plagued us. As such, many SUV buyers are still keenly aware of gas mileage.

The 2023 Ford Bronco Sport gets decent gas mileage at a combined 25 mpg, according to Consumer Reports. However, the 2023 Kia Sportage Hybrid, using a similar 1.6-liter four-cylinder engine, gets far better gas mileage than the Sport’s 1.5-liter three-cylinder base model engine.

The Sportage Hybrid not only makes 227 hp (46 hp more) with its hybrid powerplant than the Bronco Sport, but it also gets 36 mpg. More power and better fuel economy without having to fight 10 people off with a stick at the dealership? Sure, the Kia isn’t quite as cool as the Bronco Sport, but hell, on paper, it looks pretty good.

However, the Bronco Sport is way cooler than the Kia Sportage Hybrid 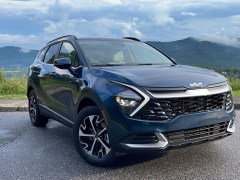 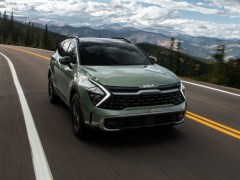 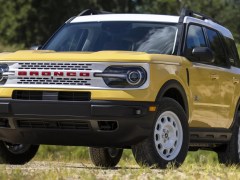 What Colors Does the 2023 Ford Bronco Sport Come In?

Kia is hard to catch slipping. The Korean powerhouse is making cars and SUVs that hit what the people want for affordable prices. However, Kia is yet to make anything that feels cool. You might find yourself saying something like, “I mean, it’s cool for a Kia.” However, the Bronco Sport is cool.

The 2023 Kia Sportage Hybrid has an AWD drive option, but the Bronco Sport comes standard in AWD. Not only that, the rest of the Bronco Sport is made to make drivers feel like they have a real SUV, even though it’s built on the underpinnings of the Ford Escape.

The reality is, although these two SUVs are actually pretty similar, technically, the needle is leaning heavily in the Kia’s favor. There is still the feeling (and reality) that the Bronco Sport, despite its unibody construction, will make drivers feel cool. It is also unquestionably better off-road. However, I seriously doubt the majority of Bronco Sport owners are taking their little SUV wheeling, but the point stands that they could.