When thinking of off-roading trucks capable of tackling rugged terrain straight from the factory, other truck models come to mind well before the Chevy Silverado. However, we’d like you to say hello to the 2023 Chevy Silverado ZR2 as it arrives in a cloud of dust to change the factory off-road truck hierarchy. In fact, the new Silverado ZR2 is so good it recently received honors as the Four Wheeler Pickup Truck of the Year.

GM Authority says Chevrolet introduced the Silverado ZR2 too late into 2022 for consideration as MotorTrend‘s Four Wheeler Pickup of the Year in its inaugural year. Since the Four Wheeler Pickup of the Year rules state that entrants must be “either all-new or significantly updated,” the ZR2’s late introduction required an eligibility extension to compete for the 2023 title, a situation that frequently occurs, by the way.

For 2023, only the Chevy Silverado ZR2 and the Ram Heavy Duty Rebel met the standards for consideration. The Four Wheeler Pickup Truck of the Year competition tests the entrants with hands-on driving and personal observations on a weighted scale of criteria that includes:

The ZR2 won every category against the Rebel except for the Interior. It’s no secret that the Chevy Silverado’s interior quality is its biggest weakness. While it lost this category to the Rebel, there is hope for the Silverado, as MotorTrend says the 2023 Silverado ZR2’s interior deserves a “Most Improved” award. The Off-Road category provided the ZR2’s most significant margin of victory with a spread of over 7.0 points. All other categories were within 1.25 points.

What makes the Silverado ZR2 better than the competition?

While the 2023 Chevy Silverado ZR2 performed well against the Rebel in other categories, its dominance off-road sets it apart. The Off-Road Trail Performance category evaluates the performance of the vehicle’s “off-road-centric features such as traction aids, tires, and four-wheel-drive system operation in a specific off-highway environment.” Chevy fine-tuned its ZR2 package for the Silverado by pairing its 6.2L V8 engine, producing 420 hp and 460 lb-ft of torque, with a 10-speed automatic transmission, Multimatic Dynamic Suspensions Spool Valve (DSSV) dampers (think revolutionary shock absorber technology), steel rock-sliders, aggressive off-road tires, and selectable electronic-locking front and rear differentials, a first in a production half-ton pickup truck.

Is the 2023 Chevy Silverado ZR2 worth buying? 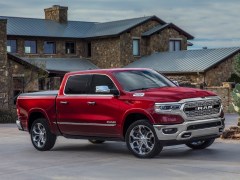 Considering the 2023 Chevy Silverado ZR2’s winning combination of off-road capabilities, highway driving manners, and lowest starting price compared to the Ford Raptor and Ram TRX, it is a worthy purchase for anyone seeking a comfortable ride to the backcountry and confidence to venture on when the road ends.

Besides being an off-road beast, the 2023 Silverado ZR2 boasts a much-improved interior and up to 8,900 pounds of towing capacity. Additionally, the Silverado ZR2 earned a five-star safety rating and includes standard driver-assist features like automatic emergency braking with pedestrian detection, active lane control, and automatic high-beam headlights.