The 2023 Acura Integra is an excellent choice for anyone in the market for a luxury compact car. Based on the current Honda Civic, the Integra boasts a comfortable ride, a spacious hatchback body style, and a potent turbocharged engine. With all of these attributes, it’s no wonder that the 2023 Integra won the prestigious North American Car of the Year (NACTOY) Award.

The North American Car of the Year committee is made up of 50 jurors that determine the winners of each category. This year, the NACTOY jury voted on nine finalists out of the original 47 entrants after an extensive test drive and evaluation period. Out of those nine, the top three were the Genesis G80 EV, the Nissan Z, and the 2023 Acura Integra.

The jurors agreed on the Acura Integra as the winner in the end, citing its looks and daily drivability as key factors for its ultimate victory.

“Honda’s luxury brand rebirths its second-best original name on its best new car. The Honda Civic-based Acura Integra looks good, drives well, and is among the very few in its (or any) segment offering a slick-shifting manual transmission,” stated Gary Witzenburg, NACTOY President.

The Integra’s win is somewhat surprising

We’re both surprised and not too surprised that the Integra won the award. It’s surprising because the field of entrants provided some still competition, especially with many new designs and technology today. However, we’re not too surprised because we agree that the car is fun to drive and provides plenty of comfort and practicality.

We recently reviewed the 2023 Acura Integra A-Spec and were impressed with its sophisticated road manners and extensive feature set. Sure, it’s a corporate copy of the current Honda Civic Si. However, we think the Integra is a little better. The Integra’s hatchback shape gives it much more cargo room than the Civic’s traditional trunk, and there are a few more luxurious amenities on the roster.

A few of our favorite features in the Integra include the heated front seats, the premium ELS audio system, and the adaptive suspension. However, it’s worth noting that the suspension adjustments felt minor, but it was still a nice feature to have.

Also, how can we forget about the car’s turbocharged engine? It’s hard to argue with 200 hp and a glorious six-speed manual transmission. 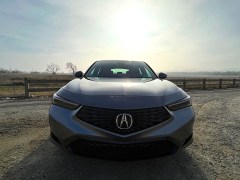 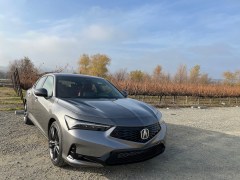 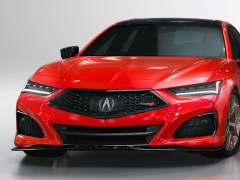 Can You Get Past the Infotainment Controls of the 2023 Acura TLX?

Although the Acura Integra is new to the current market, this isn’t the first time the Japanese brand has taken home one of these prestigious awards. Dayton Daily News reports that the 2001 Acura MDX took home the North American Truck of the Year award during its time.

Considering Acura is great at resurrecting and redesigning nameplates, it’s fitting that the new Integra won this time around. The team behind the car has a lot to celebrate.

“Relaunching an iconic model like Integra with such great fanfare and industry recognition has been incredible,” said Emile Korkor, assistant vice president of Acura national sales. “We’re especially proud of the Integra development team in Japan and our production associates at our plant in Marysville, Ohio, where the 2023 Integra is built.”